Pope Francis believes his pontificate will be short 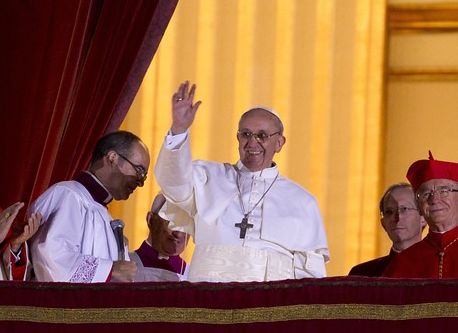 Pope Francisco confessed that he has “the feeling that his pontificate will be short, four or five years” and that does not feel “alone” without support to govern the Church.

In an exclusive interview with the correspondent of the Mexican Televisa, Valentina Alazraki, during its second year of his pontificate, Francisco spoke of their choice, scandals, its boundaries as a person, his vision of the papacy, of Mexico, immigration and even joked about the huge “ego” of Argentines.

“I have the feeling that my Pontificate will be brief. Four or five years. I do not know, or two, three. Well two already gone. It’s like a little vague sense. I mean, can not. For there is psychology as it plays and then believe that you will not be disappointed after losing (…) I have the feeling that the Lord brings me to a brief, no more thing, “he confessed.

Francisco, 78, discarded “put a (limit) of age” to the papacy as it believes that “the papacy has something of last resort”, “special grace”, he said, should not have a fixed term.

The pontiff took advantage to settle the polemics with the government of Mexico regarding the “mexicanización” of Argentina regarding drug violence.

“Obviously it’s a term, let me speak, technical. It has nothing to do and with the dignity of Mexico,” he said.