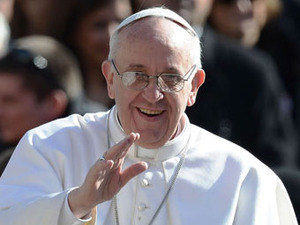 Yesterday Pope Francisco urged the catechists of all the world to be creative and know how to change their preaching of the Catholic religion and invited them to get involved with physical and mental peripheries and reminded that God is never rigid, because only the “statues are for museums and we have many.”

The call was made during a speech, partly improvised, spoken before about 1600 catechists from 50 countries gathered in the Vatican, which said that “creativity is the backbone of the catechist” and that when we go to the extreme peripheries, maybe let’s try something scary, but Jesus waits for us in the heart of that brother, in his wounded flesh, in his oppressed life, his soul without faith, he said.

“In Buenos Aires there are many children who do not know how cross themselves, that’s periphery,” issued the Pope Argentina.

The Pope called catechists to leave the schemes to follow God and stop focusing in groups, movements and parishes. “They stay locked in rooms and moisture invades makes them sick,” he said.