Port of Posorja: so pompous and so criticized 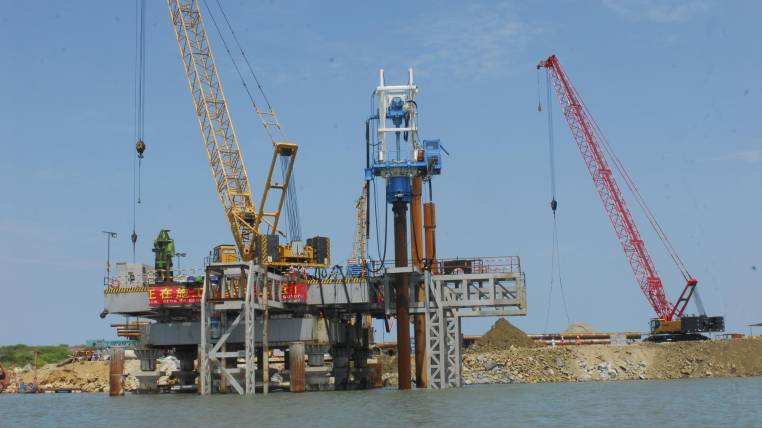 “Deep concern”. These were the words used by the former Port Authority of Guayaquil (APG) manager, Guido Ferreti, in an official letter dated June 7 of this year, for the Minister of Transport and Public Works, Boris Palacio, where he showed the conflict that could generate the contract of delegation signed with the DP World Investment dubaití to build the port of deep water of Posorja.

It is not the only communication. On May 17, he had already noticed a problem: the contract had been signed without having an “analysis of convenience”, which is nothing more than a study that says whether the construction of a new port was necessary or not.

The project praised by President Lenin Moreno, the day he laid the first stone where Mayor Jaime Nebot and other ministers of state were, now it is known, seems to be full of legal loopholes that would indicate the possibility of nullity if someone decides to interpose a legal action

There are two issues that Ferreti comes across, separated from the position on the same day he sent the second letter. “I must express my deep concern and recommend that for its worthy interim the issue be put to the consideration of the President of the Republic in order to have guidelines.”

The concern arises from a conflict generated by the privileges stipulated in the delegation contract, with the concessionaire of the Libertador Bolívar port in the south of the city, Contecon, which feels injured and has already proposed to renegotiate its contract to reduce what it pays for canons.

Newspaper EXPRESO was expecting the visit, on Thursday at 3:00 p.m., of Jorge Velásquez, DP World’s principal, but he, through his public relations agency, excused himself the same day.

The thorough legal analysis of APG to the contractual modality and pre-contractual process of delegated management with DP World, of Dutch capital, although in the proposal of private initiative presented on March 9, 2015 the company indicates that it is owned by the Government of Dubai in a 80.45% and that 19.55% corresponded to private stock market investors.

On the other hand, APG awards on June 3, by direct delegation, under the modality of Public – Private Partnership the management contract delegated to DP World based on Article 100 of the Copci, which establishes that the delegation may be made directly when whether they are state-owned companies of the countries.

Therefore, for direct delegation to be applicable, the state property of the delegate must be justified. “In this regard, Dp World Investment would be a private holding company with limited liability” holding “or holding of shares, with headquarters in Rotterdam, Holland, having the ownership of its holdings and / or capital stock of the company World Ports Cooperative U.A. that it would also be a private company in the same city. ”

Nor has it been justified to be state or public property, through public bodies in charge of its registration, control or surveillance. Neither did it through a certification of the Ecuadorian consul to be incorporated in the United Arab Emirates and that it has the power to negotiate abroad.

The construction of the deepwater port of Posorja, which has advanced and which has been proposed to operate in a first stage at the beginning of 2019, generates labor in a depressed area and allows, due to its deep draft and depth, the arrival of ships larger to carry more containers. You can transfer cargo from the region.

The current capacity of the ports of Guayaquil and the pace of container growth (less than 1% per year) is sufficient until 2050, without considering the expansion plans of companies such as Contecon. Posorja threatens to create a port bubble, in the style of new airports: little cargo and a lot of infrastructure. (I)

Prosecutor offers to intervene in the case of the Cuenca priest