Through a precautionary measure issued by the ordinary justice, the National Electoral Council (CNE) was ordered to “immediately enable the participation” of the Adelante Ecuatoriano Adelante (AEA) party , to register the registration of its candidate for the Presidency of the Republic , the Guayaquil businessman, Álvaro Noboa, to participate in the national elections in February 2021. 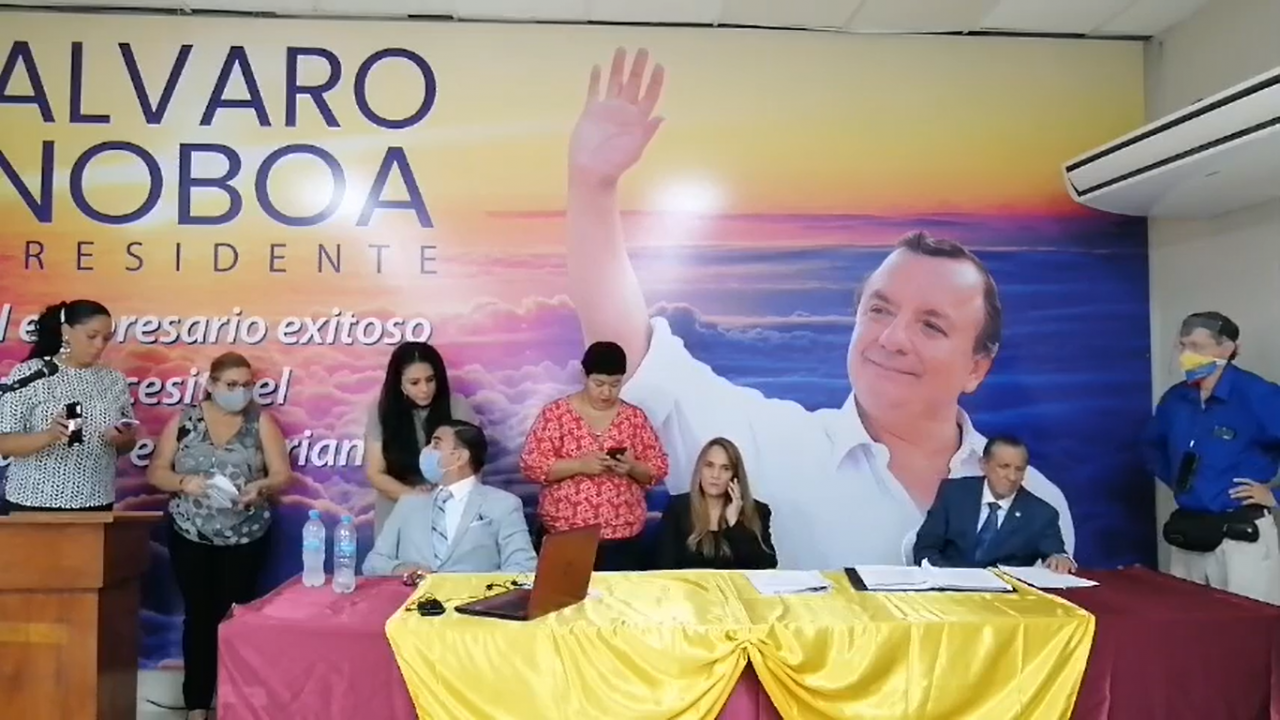 The measure was issued by Judge Vicente Ontaneda of the Urdaneta Judicial Unit (Los Ríos) on the afternoon of Sunday, August 23, due to a lawsuit filed by Sylka Sánchez, party leader, against the president of the Council, Diana Atamaint, for affect their right to nominate candidates, at the end of the term for internal democracy, and without having a final resolution on their cancellation from the Permanent Register of Political Organizations.

“There could be an imminent danger of violation of constitutional rights, (and) in order to protect the right to equality, non-discrimination, defense, legal security, due process, and the principle of protected participation in the Constitution and instruments of international law, it is provided that the National Electoral Council immediately enable the participation of the Adelante Ecuatoriano Adelante party and register the registration of its presidential candidate and their binomial that give life to the electoral process, ”the magistrate’s resolution cites.

The party alleged that the CNE, in its cancellation resolution, did not protect the principle of legality, affected the right to defense, they were not given the evidence to guarantee the right to defense, because they do not know what the calculation was applied. to determine that they did not meet the number of votes in two consecutive elections.

In addition, the entity took “more than seven months to resolve the legal situation of the party, and that the internal democracy process concludes on August 23, without there being a firm resolution, which affects the right to nominate candidates.”

The CNE has not ruled on this precautionary measure, however in an official statement it warned that the party is canceled, while the Contentious Electoral Tribunal (TCE) does not resolve the appeal to the ruling of the electoral judge, Ángel Torres, who ordered the nullity of the cancellation resolutions issued.

The plenary session of the Council resolved to cancel AEA because it would be subject to number 3 of article 327 of the Code of Democracy, which penalizes not having obtained 4% of the valid votes in two different and consecutive multi-person elections at the national level; o three representatives to the National Assembly, or at least 8% of mayors; or a councilor in 10% of the cantons.

The party appealed to the TCE and Judge Ángel Torres accepted its subjective appeal for the cancellation. It annulled five resolutions in this regard, because they affected “the basic guarantee of due process in terms of not having had the adequate means to exercise the right to defense; violate the right to legal security, by not observing the reasonable period for the administrative decision and lack of motivation ”.

He added that the CNE must adopt administrative measures for the party to carry out its internal democracy processes, prior to the presentation of the candidates for the general elections of 2021. And, it must incorporate a provision in the regulations of Cancellation, Liquidation and Extinction of Organizations Policies, the minimum term of 90 days to the convocation of elections so that the administrative procedures in these cases are resolved.

Atamaint presented an appeal to the sentence that will have to be treated by the plenary session of the TCE, which will be the last instance.

In the midst of this, Noboa announced last Saturday that he was declining his candidacy, to avoid the dispersion of candidates for these elections. (I)