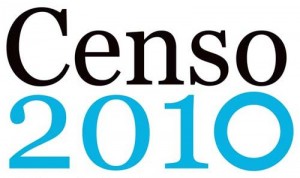 The Ecuadorian President, Rafael Correa, pointed out the importance of the census for people and households which is performed today in the country. During the first hours of the morning, the chief of Estate welcomed Luis Armijos, a student of the Marista Highschool, who met with Correa to do the census questions related households, technology use, basic services, language and education.

Correa defined the nature of the census as pictures that explain what is the country, how many we are, where we are, who we are and the ethnic infrastructure, information that is vital for the distribution of resources. The President believes that like in many other countries the results of this operation would help the growth of the nation.

President Correa says that the process of gathering information has been well prepared and it would last no more than ten hours. Correa has asked the Ecuadorian people to give their information without fear since the data would be used to help the country.

The census began last night in poor sectors of the nation as well as in health centers, however in the towns near the frontier the task would take a full week. On this operation, thousands of students collaborate with the interviews, and due to the immobility bill, the people can’t leave their homes, not if they have already been interviewed.