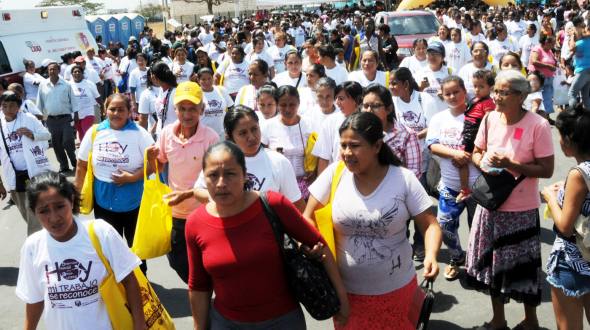 President Rafael Correa spoke on November 25 on the “benefits” of his proposal to include housewives in the social security system. This is part of the promotion of the draft reforms to the Social Security Law, which he introduced on November 15 tomodify the Labour Code.

Correa said that the government proposes that female home unpaid workers can have access to “dignified retirement,” something that happens for the first time in the country’s history, after contributing to the Ecuadorian Institute of Social Security (IESS for its Spanish acronym).

He explained them that the state will also contribute, and that the values of both parties will be calculated, based on a “reference salary” and the socio-economic status of the family to which the woman belongs.