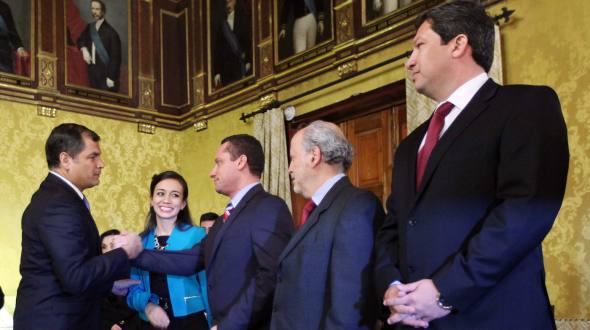 At a ceremony in the Yellow Room of the Government Palace, Correa took the oath of Fernando Cordero, who will be the Defence Minister in replace of María Fernanda Espinosa; while his replacement in the Coordinating Ministry for Security will be César Navas.

Sandra Naranjo will be the new Minister of Tourism in replacement of Vinicio Alvarado, who returns to the National Secretariat of Public Administration.