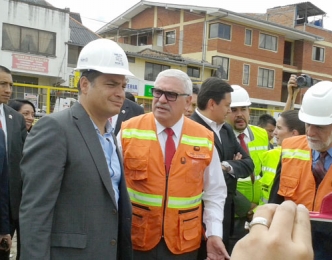 The President Rafael Correa toured the tram works of Cuenca. He noted the progress that has been made in this work that will be delivered to the citizens in 2016. According to the Cuenca City Hall, this construction will be part of the improvements that will help the traffic problems in the city.

Correa said that those opposed to the realization of this work will be those who first see the benefits of it.