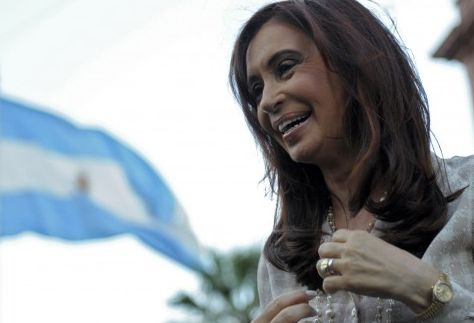 The president of Argentina, Cristina Fernandez de Kirchner, received on Sunday the medical discharge after staying a week at the Otamendi private Clinic, hospitalized for intestinal inflammation.

Kirchner, 61, “has a good evolution of sigmoitidis’s illness (intestinal inflammation). She was discharged from hospital,” said the statement from the Presidential Medical Unit, released after midday.

The president was in serious health condition due to symptoms of sigmoiditis, which caused her high fever and abdominal pain, among other symptoms.

“(The President) continues with antibiotic treatment, special diet, rest and evolutive control in the presidential residence in Olivos, being contraindicated to perform displacement for ten days,” the medical certificate said.

The Head of State suffered a week ago an sigmoiditis or inflammation of the colon, a result of a bacterium that also moved into the blood, an ailment that forced doctors to perform an intensive clinical treatment.

Germany celebrates 25 years of the fall of the Berlin Wall