President Guillermo Lasso made this January 17, 2022 six new appointments of ambassadors and the Government is completing the country’s diplomatic delegation abroad. 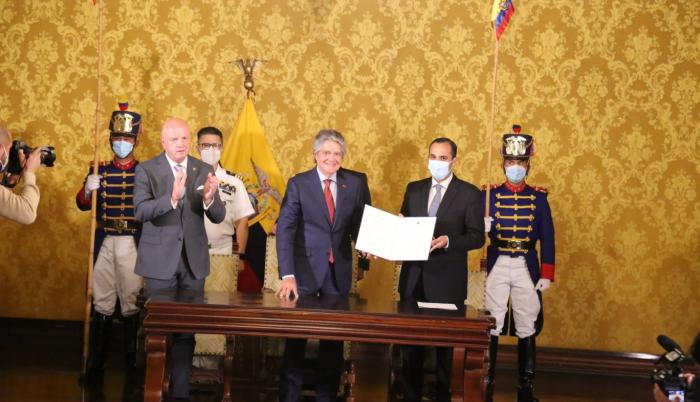 On January 3, President Lasso made a change in the Ministry of Foreign Affairs by appointing Juan Carlos Holguín as the new foreign minister.

Ambassador Santiago Javier Chávez Pareja will head the Ecuadorian diplomatic delegation to the Government of Brunei Darussalam, based in Jakarta, Republic of Indonesia. Hernán Yánez González, was appointed ambassador to Antigua and Barbuda , based in Guatemala City.

Meanwhile, the career diplomat Santiago Javier Chávez Pareja, will be in charge of the Ecuadorian representation before the Government of the Republic of Singapore, based in Jakarta, Republic of Indonesia.

Within the so-called political quota, Lasso ratified Alicia de Jesús Crespo Vega, through a decree, as Extraordinary and Plenipotentiary Ambassador of the Republic of Ecuador to the Holy See and Adrian Kao will be representative to the Government of the Republic of Korea.

When he assumed the Presidency of the Republic, on May 24, 2021, Lasso received a Foreign Ministry with 44 embassies, 36 consulates and five permanent representations.

Until before the end of 2021, he had signed 35 decrees to designate ambassadors or representatives of the country before international organizations, to which they were added with appointees this Monday