In Tamboloma, a community of the Pilahuín parish, located 3,600 m above sea level in the Ambato canton, this Wednesday from 12:00  the ancestral act of handing over the baton to the President of the Republic, Guillermo Lasso, was held. who arrived accompanied by his wife, María de Lourdes Alcívar. 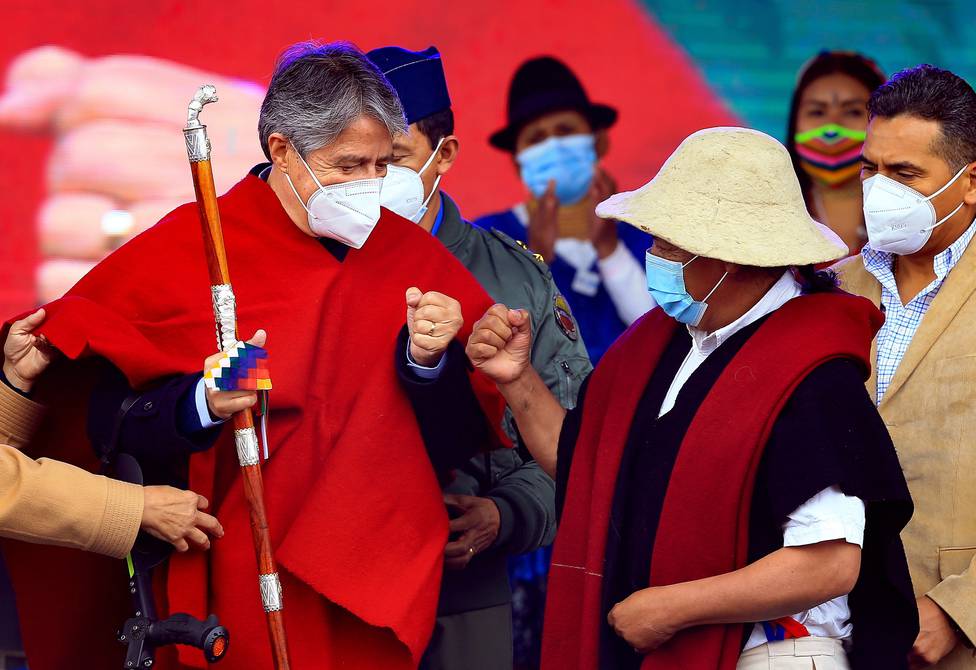 “I will carry this baton with dignity and humility and it will serve to remember how important the development of indigenous peoples and nationalities is; the rural and peasant development of Ecuador ”, expressed the president after receiving the baton from the hands of the indigenous and peasant leaders.

The ancestral program began with the song  Alli Inti (Good Sunshine)  interpreted by the choir of indigenous children Voces Blancas Quichuas who in that language welcomed the taita (father) president Guillermo Lasso, who arrived at the community at 11:52 in the middle of a dense fog and a temperature that averaged 5 ° C.

According to the ancestors,  the wasteland is covered in mist when a stranger arrives to receive it, which when he arrives with good energy it clears.  The program was attended by representations of the different indigenous peoples of the three continental regions of the country.

During the ceremony, the chacana or Andean cross was placed in the center, which represents the four fundamental elements of life, which are water, fire, earth and air. There were dances with dancers and yumbos and the delivery of fabrics, embroidery, ponchos and scarves of the indigenous peoples for the president and his wife.

The cane is the symbol of working with harmony for all Ecuadorians regardless of whether they are Afro-descendant, indigenous or mestizo.