The president of Ecuador, Lenín Moreno, spoke on Wednesday at the 74th UN General Assembly (United Nations Organization) and the Climate Action Summit. Among other points, he talked about the actions of his government and asked for a solution to the serious political situation in Venezuela.

“It is the task of the United Nations to find a definitive solution for Venezuela. Our Venezuelan brothers tell us every day that there is no food, there is no health, there is no medicine, that education is coming unless; they leave their land for the desperation of seeing themselves die before the warm and distant gaze of the world, ”said the president, who previously held meetings with other regional leaders. 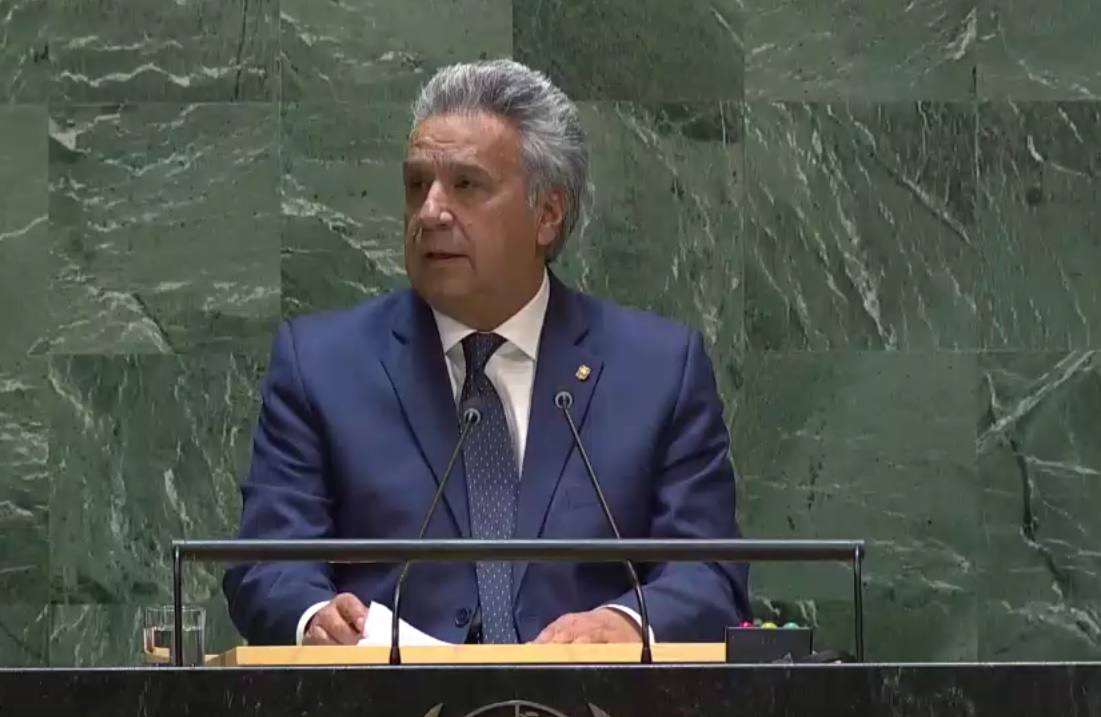 On the other hand, he indicated that Ecuador a year ago became the fifth country in the world to ratify the 18 United Nations conventions for the protection of human rights. “If I hope that something of my government will be remembered, it is because of its deep conviction and work for the protection, promotion, respect and effective enjoyment of human rights,” said Moreno.

In addition, the UN tweeted a video of Moreno warning about the danger of climate change and his call to “prioritize policies to help the most vulnerable groups in society.”

The president said that during his administration in Ecuador a propaganda state was dismantled, a law that gagged journalists was removed, he eliminated an institution that tried to silence the press and an intelligence service that, instead of protecting the interests of the community, was dedicated to record private conversations.

“I feel the healthy pride of having let the pure air … fresh from democracy into the closed building of intolerance, abuse and the vain search for power for power,” said Moreno who earlier hours. on his Twitter account, he shared images of the lunch he had with the UN High Commissioner for Human Rights, Michelle Bachelet, and the president of the Spanish Government, Pedro Sánchez.

“We agree on objectives such as the well-being and prosperity of our peoples,” wrote the president.

The Ministry of Communication indicated in its Twitter account that Ecuador “will convene a reflection table to raise awareness among the international community about the need to develop more sustainable models that address plastic pollution, the conservation of the Amazon, among others” .