President of Yemen Will Leave his Office 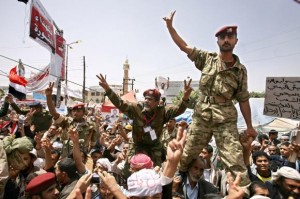 The political party, General Popular Congress (CPG), current party of Ali Abdullah Saleh, agreed the plan to leave the country. Soltan al Barakani, sub secretary and chief of the parliament party informed that the initiative of the Gulf Cooperation Council was fully accepted.

The proposal to leave during the Yemeni political crisis also includes the creation of a government of national unity. The vice president will earn all of the capabilities of the former leader. This decision was made in order to stop the current demonstrations.

Saleh must present his resignation to the parliament in a period of 30 days, allowing the government to organize the presidential elections in the next 60 days. Yesterday the United States asked Saleh to begin the process of leaving his office with the hopes of ceasing the demonstrations that began since January.