Presidents are chosen on El Salvador and Costa Rica 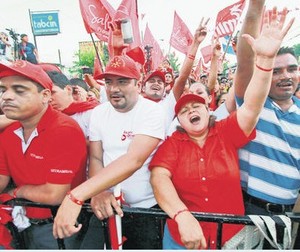 While Costa Ricans are under unprecedented polarization between right and left, but with a large share of undecided which could lead to a second round, El Salvador decides for the continuity of the left, after five years of rule by the former guerrilla , or return to the right on a presidential election with a second round on the horizon.

According to surveys on Costa Rica, the capital’s former mayor Johnny Araya, of the ruling National Liberation Party (right) and Rep. José María Villalta, of the Broad Front (left), waged a closed dispute in which appear one or other above or virtual tie.

For its part El Salvador, has the former commander and current vice guerrilla fighter Salvador Sanchez Ceren of the Farabundo Martí National Liberation Front (FMLN), promising social programs in the case of coming to power.

Bruno Mars performed at the superbowl during the halftime show