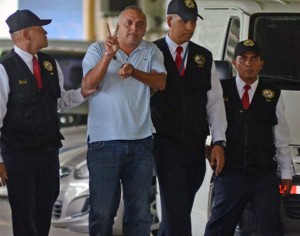 The preventive detention for extradition of Ecuadorian former deputy Tito Galo Lara Yepes, was declared legal by the Supreme Court plenary of Panama, reported yesterday the website of the daily La Prensa.

Lara, who was captured on June 9 in Sona, Veraguas province, is required in Ecuador to comply a 10-year sentence for complicity in a triple homicide occurred in Quinsaloma (Los Ríos).

Judge Oyden Ortega declared legal the arrest and denied two petitions for habeas corpus filed by Lara Yepez against the Attorney and the Ministry of Foreign Affairs, the newspaper said on its website.

In addition, the Criminal Chamber yesterday suspended the hearing in which Lara planned to meet a bail request in his favor to a later date, according to EFE.