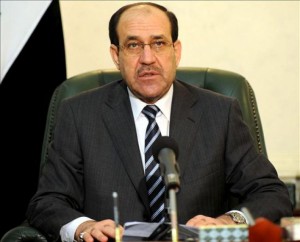 The Iraqi President, Jalal Talabani, officially put in charge today the Prime Minister Nuri al Maliki of creating a new Government. Starting today Maliki has 30 days to complete the task, this is crucial for the political crisis of eight months that paralyzed the institutions.

The media showed images of Maliki of the National Alliance giving a speech before the Parliament President Usama al Mujaifi. The Iraqi people wait the elections for the new Government since March 7, on which no political parties obtained enough votes.

On November 10 the main political groups of Iraq reached an agreement regarding the power distribution on behalf the main functions of the Estate.

Nadal Got a Spot on the Masters Semifinals