Private projects seek to revive tourist splendor that Bahia had 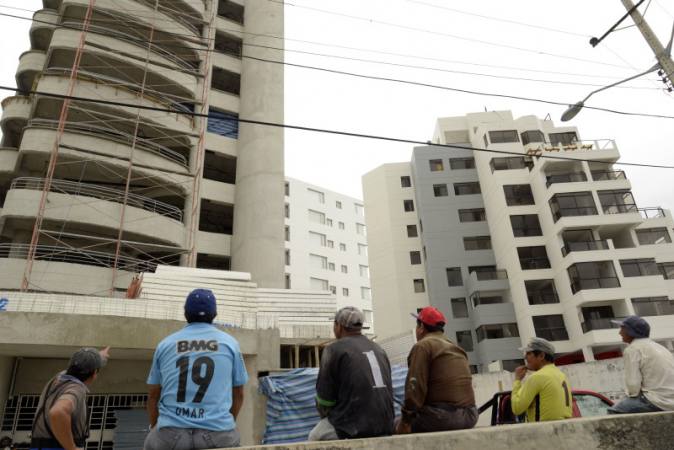 When the April 16, 2016 earthquake struck Manabi, the 10 floor apartment building they were building had a 20 percent advance. It was the execution of a dream that his family had started two years earlier when they bought the land in front of the pier in Bahía de Caráquez.

José Sánchez Cazar, part of the investor family group, recalls that they chose Bahia for their first real estate project because it was the resort where they had spent long vacation periods and part of his family resided in the Manabi canton.

The neighborhood of the lace of Bahia, where the construction was raised, was affected by the earthquake of magnitude 7.8. With some departmental buildings cracked in their facades or certain structural damages.

Sánchez says that the building they had started was not damaged because it had a seismic resistant design. But the earthquake brought a difficult scenario at a time when a bank loan for the project was in progress and sales of apartments were in full commercialization.

With the earthquake they had to make new studies for the bank and also obtain the endorsement of the municipal authorities to continue with the construction of the remaining floors.

The family Sanchez’s dream, however, did not collapse. They knew that they only had to face the adversity and answer before twelve clients that until that moment had acquired properties. One of those retired.

Fourteen months after the earthquake, TorreMolinos, as it is called, has already reached 42 meters in height with its 10 floors, which will house 27 departments.

The departments, which cost from $ 210 thousand, have been sold at 55%. And after the earthquake have added new customers.

The building is for this family a symbol of Bahia after the earthquake. The place is attempting to lift with thrust from the private initiative. “We think that the city should not stop, Bahia did not deserve to be dropped, this city is tourist,” says Sánchez in front of the building, neighboring other departmental structures that are under repair. (I)

The presidential escort extends his functions