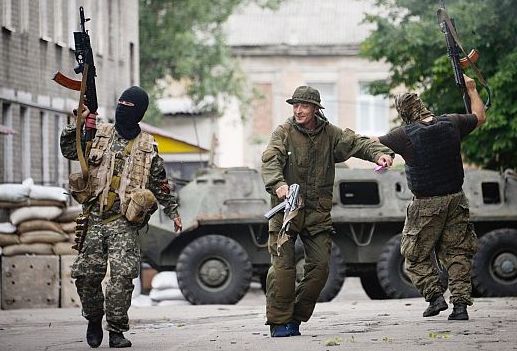 The Ukrainian army said this Tuesday that pro-Russian rebels are gathering their heavy weapons in deposits near the city of Donetsk, controlled by separatists, despite the cease-fire.

The attacks fell last week, but allegations of violations by both sides show the fragile truce sealed in Minsk last month, demanding the withdrawal of heavy weapons from the front.

“(The rebels) are transporting equipment and artillery ammunition intensively through the rail hub of Debaltsevo and are building weapons stores around Donetsk,” said military spokesman Andriy Lysenko.

The Organization for Security and Co-operation in Europe (OSCE), which supervises the removal of weapons, said it can not confirm full compliance with the agreements by both parties, since it has not gained access to places where they have been moved some weapons.

Lysenko said that Ukrainian positions were attacked 31 times by the separatists on Monday, including five artillery attacks, and reported that nine soldiers were wounded in the last 24 hours.