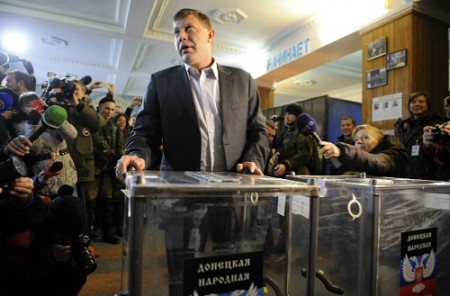 The main leader of the largest pro-Russian separatist region of eastern Ukraine, Alexandre Zajarchenko, won a crushing victory in elections on Sunday, according to an exit poll survey released by the local election commission.

The Prime Minister of the self-proclaimed People’s Republic of Donetsk, ha achieved the 81.37% of the vote in the presidential election and his party an 65.11% in the legislative, according to the poll cited by Liaguin Roman, head of the electoral commission .

Zajarchenko, commander of rebel units against Ukrainians, said that his ambition is “to build a new state, which will become in legitimate after the elections, and restore the eastern territories currently under Ukrainian control.”

In recent days, Russia has already announced that it will recognize the result of this election, but for Ukraine, the European Union and the United States have no value.

Meanwhile, the Ukrainian President, Petro Poroshenko, described as “farce” these elections organized by “terrorists and bandits.”