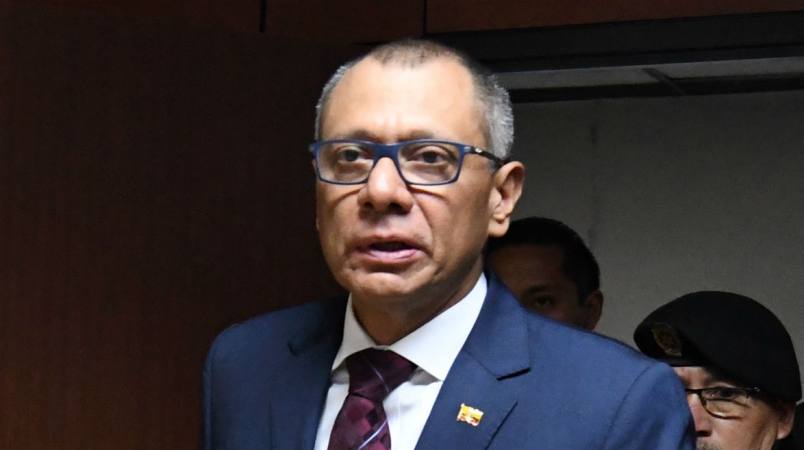 The Administrative Council of the Legislature (CAL) of the National Assembly approved on Tuesday the sending of the impeachment process to the Vice President of the Republic without functions Jorge Glas, to the Supervisory Commission, another step in this process.

Assembly President José Serrano (Alianza Pais), his ally co-chair Carlos Bergman, Patricio Donoso (CREO) and Luis Fernando Torres (Partido Social Cristiano) voted in favor. The members who did not attend but who have shown themselves against the trial are the correctors Soledad Buendía, Verónica Arias and Viviana Bonilla.

“I moved to vote the start of the trial and the four members of the CAL unanimously approved,” Torres said in his Twitter account.

“We voted to formally initiate the impeachment process to the vice president,” insisted the legislator. Torres explained that the Commission will have five days to present exculpatory evidence and defend itself. Then, in another five days, a report will be issued to the Plenary of the Assembly. If the 90-day deadline for Glas to retain the status of vice president (which ends on January 2) is reached without the trial having begun, it will be evaluated if the process continues, said the parliamentarian. (I)