Processed and sentenced of 30-S asked to review cases 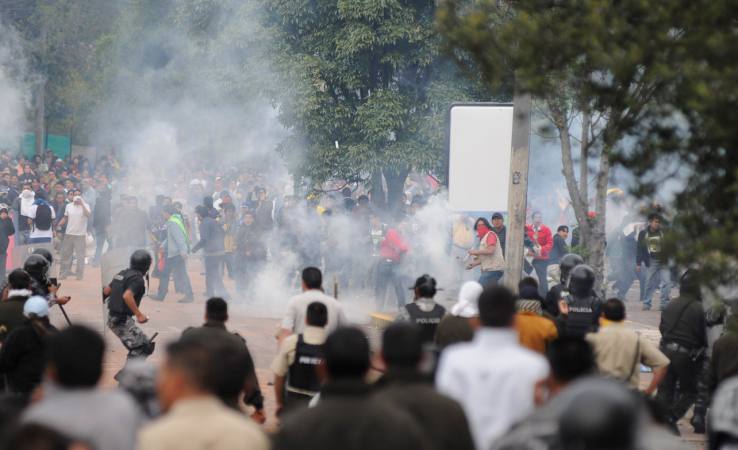 The statements of the fugitive ex comptroller Carlos Pólit about an alleged manipulation of the videos of September 30, 2010, in the case known as 30-S, caused the defense of the policemen sentenced for assassination and against the military airport servers and recoleta ask the review through a Truth Commission.

“The lawyers who act in those cases, in fact, we demonstrate the violations of the procedure and legal security, with the statement of former Comptroller Polit has been very clear about the manipulation of which the videos have been subject, with which the Prosecutor and the respective courts sentenced innocent people, “said Aurelio Garófalo.

Meanwhile, lawyer Rigoberto Ibarra said that the manipulation was done by hiring foreign experts. The lawyers assured that there is procedural evidence and that in the trial hearings they demonstrated that there is no chain of custody, that the video was manipulated and edited, that this is recorded in the minutes and they will apply the appeal for review. Meanwhile, some policemen who were prosecuted organized a convention for March 3, called “Memory, truth and justice.”

One of the policemen prosecuted for insubordination in Guayaquil, Washington Hernandez, said there are more than a thousand policemen closely linked in the process.

“A month ago or so three of our comrades from Manabi, five comrades are still imprisoned due to an arrest warrant order,” he said. He hopes that the formation of the 30-S Front will allow a new investigation with a new commission to be done urgently. For the relatives, José Mullo, father of Eduardo, one of the defendants, said that his son is unjustly imprisoned because he was not part of the events that occurred that day and that is why they ask for clarification.

At the moment, five policemen serve the penalty of twelve years for assassination.

“Today more than ever we demand justice and we ask President Lenin Moreno to appoint a Truth Commission to investigate these cases and, once and for all, justice is done.” Aurelio Garófalo, defense of policemen. (I)