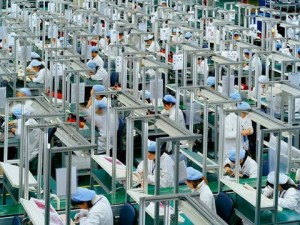 The activity of factories in China shrank again in February by a fall of production and new orders, showed a private survey yesterday. The index fell to a minimum in seven months of 48.5 from the 49.5 in January, its third monthly low immediately.

A reading below 50 indicates a contraction, while one above that level shows an expansion. “Signals make evident that the risks to the growth of the gross domestic product (GDP) are leaning down,” said Qu Hongbin, Chief Economist for HSBC China. “This requires adjustment measures to stabilize the pace of growth in the coming quarters,” he added.

Analysts believe that production, probably, was affected by the closing of factories during the biggest annual party in China, the festival of the Lunar New year, which began on January 31 and lasted until early February.