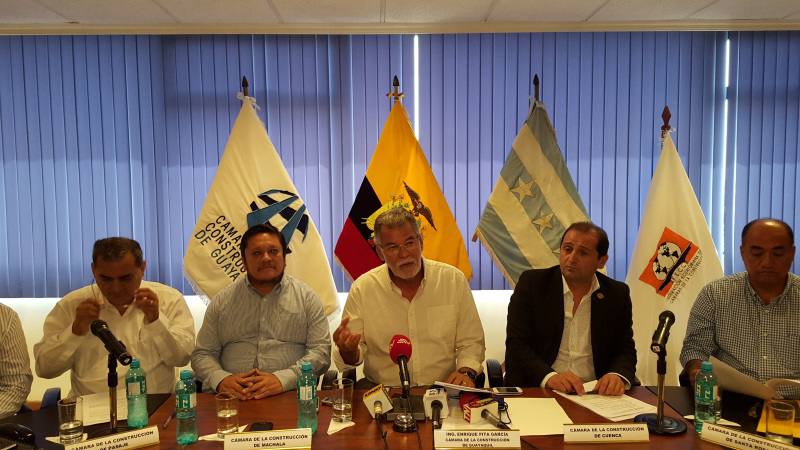 Although it is called the Tax Incentives Bill for Various economic sectors, its benefits, at least in tax matters, are only for transportation and prepaid medicine companies.

And that’s the claim made yesterday by export, construction and shrimp sectors, who demand the same treatment.

The bill, sent with the character of an economic emergency, is processed in the Committee on Economic System of the Assembly and establishes that the value of transport units of public and commercial transportation companies will not be considered in the calculation of the advance income tax (IR), including assets, costs and expenses.

After a meeting with representatives from local construction chambers, Enrique Pita, president of the Federation of those unions, said it is worrying that the government submits a bill that only benefits a sector, when they daily receive complaints from their members for unpaid taxes (about $ 1,000 million) and because their assets, which in many cases are paralyzed (due to a 10% drop in the activity, according to his calculations), has to be included as an IR advance.

The sector formally requested the Commission to not include their nonperforming assets in the payment of the advance IR and to eliminate the tax in a near future.

Olmer Ordonez, president of the Chamber of Construction of Machala, proposed that instead of the 1% discount for the monthly payment of the advance IR, they are charged a 2%, but the advance is eliminated.