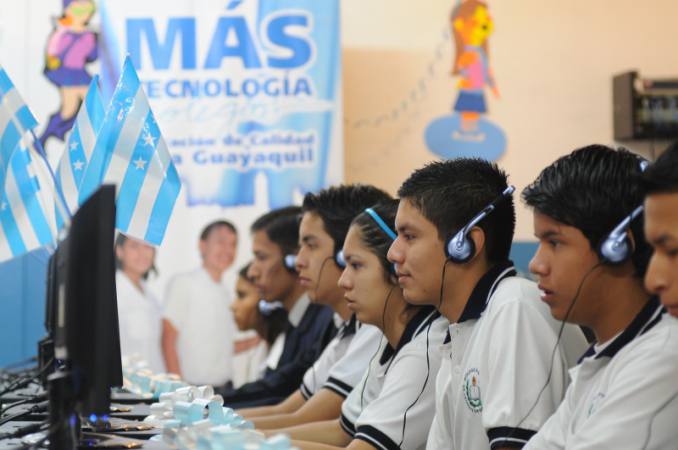 The program “More Technology”, implemented by the Educate Yourself Foundation and Guayaquil´s City Hall, would be considered as the technological intervention program with the highest impact, worldwide, according to the World Bank, who´s final report will be published on 2018.

This was known yesterday, in a press conference on the “Cabildo Porteño”. Max Nuñez, technical investigator from the Educate Yourself Foundation, explained that this piece of news was known on January 2017, when the concept note, document that is used for worldwide report, was out. This report´s theme will be, for the first time, education.

“They take this data from a paper (document) written by Patrick McEwan, known for his studies and contribution to education”, says Nuñez.

“He (McEwan) does a metaanalysis (combines several studies and then campers them), in which he compares 77 studies and 111 programs (…). Technological ones have the most impact. Between these technological programs, he compares them to the ones from India, Colombia, Peru, China and Ecuador, thus demonstrating that “More Technology” is the one that has developed the highest impact among children” he adds.

According to Nuñez, the municipal program works with students, parents and teachers.