Project proposes that in 180 days the Supercom disappears 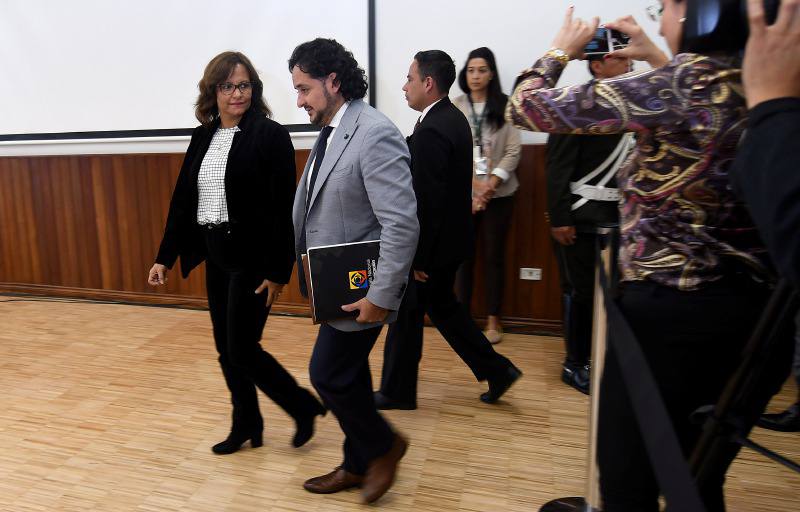 President Lenin Moreno delivered yesterday to the Assembly a package of 80 reforms to the Organic Law of Communication, which, among other issues, eliminates the Superintendence of Communication (Supercom); the figure of the media lynching and the defender of audiences; and public media with official status.

Moreno proposes the elimination of the Supercom within a period of 180 days after the reform was approved; and that all the rights and obligations in the agreements, contracts or international and national instruments, which corresponded to the Supercom, are assumed by the Ombudsman or the Council for Regulation, Development and Promotion of Information and Communication (Cordicom) .

The secretary of Communication, Andrés Michelena, was in charge of delivering the document to the president of the Assembly, Elizabeth Cabezas. It will be the Legislative Administration Council (CAL), who defines which commission will process the project or recommends the structuring of a specialized occasional commission.

Michelena summarized that the reform of the Executive is contained in six axes: strengthening and respecting international norms and the Constitution on issues of freedom of expression; the elimination of the Supercom; the strengthening of citizen participation; the promotion of self-regulation of public and private media; the definition of the communication system and the delimitation of public, private and community media; and, the transfer of the actions of the media seized by the Government.

Regarding the suppression of the Supercom, the Government proposed that it be the Ombudsman’s Office that grants measures of protection and restitution of rights, activates the sponsorship in constitutional actions or requests the judgment and sanction before a competent judicial authority, when a person feel affected by a publication in a medium.

Assemblies Luis Fernando Torres (PSC) and Sofía Espín (alfarista) were the first to comment on the proposed reform.

Torres said that you cannot open spaces for the Ombudsman to become an entity that pursues the media, so we must specify the powers that will have that agency.

And Espin affirmed that the Executive will have the votes of the PSC, CREO and SUMA, but said that he will propose that the victims of the media lynching participate in the debate.

President Lenin Moreno will request an advisory opinion from the Inter-American Court of Human Rights on whether the communication should be considered a public service, as established by an amendment that was introduced in December 2015 in the current Constitution. The pronouncement will be accepted by the Government and sent to the Constitutional Court to annul this text.

It is determined that the administrative sanctioning procedures in charge of the Superintendence of Communication that are in process at the effective date of these reforms, will conclude in the state in which they are. The public servants of the Supercom, before the evaluation of the institutional needs, will become part of the payroll of the Ombudsman’s Office or the Regulation Council.

The project includes a transitory provision for the transfer of the shares of the seized media, in order to make viable its sale for the recovery of resources in favor of the State. The provision is that it must operate the definitive transfer of the shareholding property. Andrés Michelena, head of Secom, said they expect the public media manager to present a proposal for the sale. (I)