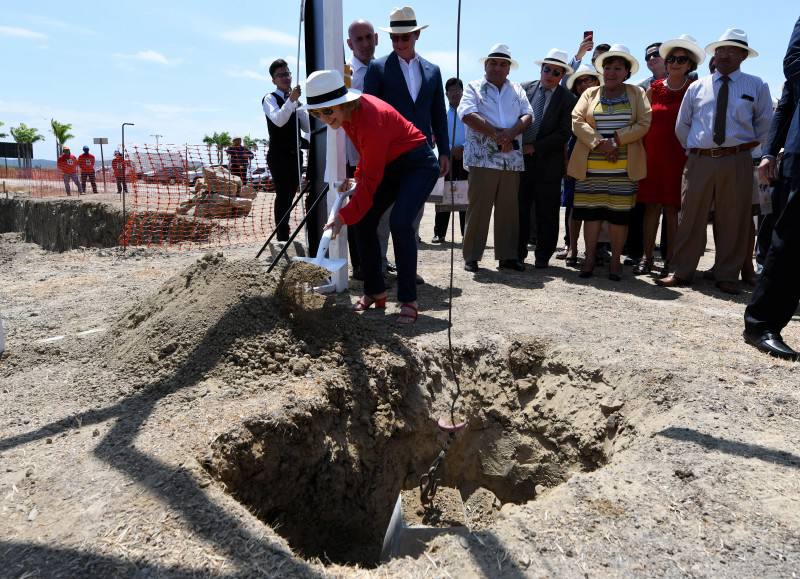 Arawa, the first apartment building of the Karibao housing complex, located between Engabao and Playas (Guayas), began to be built yesterday, with an investment of $ 30 million, immediately after Isabel Noboa, executive president of Pronobis, together with the director executive, Andrés Casal, will lay the first stone.

“Karibao took its time, the one that really needed to cook and leave it ready,” Noboa mentioned, noting that the project began in 2013, but due to external factors, its construction began until now.

She did this in the presence of clients of the real estate agency, authorities of the Playas district and the Engabao district, to whom he also indicated that an additional $ 10 million was invested to enable services.

Arawa, which would be ready in 24 months, is part of the first macro-phase of Karibao, which will be built on an area of 52 hectares.

Next to the building, which will have 16 floors with 38 apartments, an artificial lagoon of around 3 hectares will be built, the largest in the country, according to Noboa, whose building will be in charge of the Chilean company Crystal Lagoons.

Within this phase, Karibao Playa will also be built, an urbanization of 92 single-family lots that would be ready for next June.

The second phase of the complex will be a low and medium density urbanization and foresees that the development of the entire plan, whose investment is around $ 300 million, will be completed within 8 to 10 years.

However, for Noboa, the urban environment does not represent the most important factor of the project, but the natural environment and that of the people.

Therefore, the executive president of Pronobis, said that in the complex vehicles will only be used for essential routes or to leave the urbanization, after noting that the company, like the Engabao community members, is interested in impacting with the project positively the sector.

She added that an agreement was signed with the community members to encourage their development with work sources associated with the construction of the complex; and then that it is already operative to train them, so that they offer services and maintenance of immovable furniture. (I)