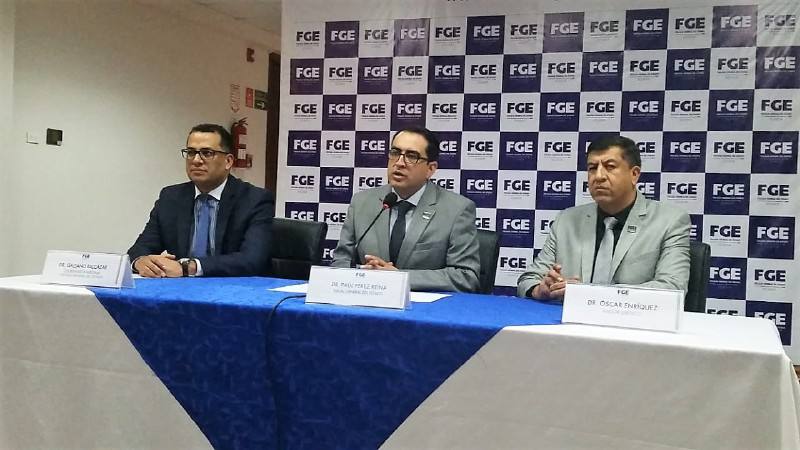 The Prosecutor’s Office supports request to link Rafael Correa in the fiscal investigation that follows the kidnapping of Fernando Balda, in Colombia in 2012, in the statements of the same ex-officers who exercised in his government. This was part of the response delivered yesterday afternoon by the Attorney General (e), Paúl Pérez, before the questions that arose once it was known that he asked Judge Daniela Camacho to define the date to link former president.

Perez said that in recent weeks have found elements of conviction that are considered sufficient to make the link. And that within the investigation have established the existence of orders that were generated in a chain of command.

So far, all the defendants in this case in which an illicit association and plagiarism (kidnapping) are investigated were public officials: the intelligence agents of the Raúl Ch. Police, Jéssica F. and Jorge E., the former director of Intelligence of the Fausto Tamayo Police and the former National Secretary of Intelligence (Senain) Pablo Romero.

Pérez defended the legality of his decision and the legitimacy of the position. He recalled that his commitment was that there would be no political persecution, nor would impunity leave any crime committed by people who held power.

Hours before, Diego Chimbo, defense of Raúl Ch. And Jéssica F., agents that are effective collaborators in this case, pointed out that the request for linkage has obeyed to evidence and arguments presented within the effective collaboration. “The event that happened in Colombia was never denied and what has been done is to reveal what the chain of command was and where the main idea was born,” he said.

According to Patricio Abad, Tamayo’s defense, they will give all the information they are required because they are innocent and because everything would have been done in high commands: “The same versions are saying that it was in the office of the Presidency, I do not say so, the version of Rommy Vallejo says it “.

Vallejo, who at the time of the events was security adviser to former President Correa, in his version of June 5, acknowledged that he was in Colombia days before the kidnapping occurred, as they asked him to find out if Balda was in Colombia. When asked about who asked for this, the answer was that the President of the Republic, who at the time was Rafael Correa. (I)

“The Assembly must know the request of the judge, must authorize or deny the beginning of the criminal trial against the former president of the Republic, who is being charged with a criminal offense that allegedly was committed when he was president.” José Serrano, AP Assemblyman

“The elements with which the Office of the Prosecutor supports this decision (to link to Correa) are the statements of the officials who exercised some powers in the previous administration. They are the versions of the same ex-officio …” Paúl Pérez, attorney general in charge.