Tired of what she describes as government interference in the powers of the State Attorney General, an autonomous entity of the Judicial Function, its owner Diana Salazar wrote a letter to the President of the Republic, Lenín Moreno, to complain and warn about the Intrusion of the Anticorruption Secretariat, led by José de la Gasca, in the latest cases of overpricing of materials and medical supplies in the health system during the coronavirus pandemic in Ecuador. 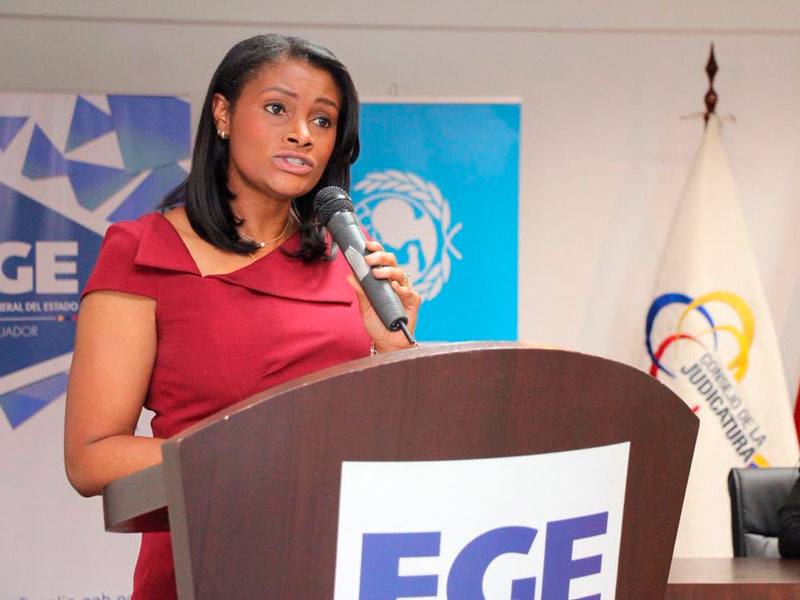 Salazar says that, ex officio, the provincial prosecutors are investigating acts of corruption in public purchases during the state of emergency, especially in the hospitals of the Ministry of Public Health (MSP) and the Ecuadorian Institute of Social Security (IESS).

But the investigations “have been affected on several occasions by the information or requests made by the National Anticorruption Secretariat to the different prosecutors who are in charge.”

The government agency in charge of De la Gasca also hinders the work of the Prosecutor’s Office “because of the information that is published daily on social networks , without being a procedural subject.”

“This action causes concern, as far from contributing to the criminal investigation, alerts the suspects or investigated and increases the risk of flight with the evident destruction of evidence , being necessary to safeguard the investigation,” says prosecutor Salazar in his letter to the President Moreno.

Ecuador ‘s president appointed on 17 January 2020 José Javier de la Gasca Lopez as the new Secretary Anticorruption, the terce r responsible to hold the position since the Secretariat was created by Executive Decree on 15 May 2018 and amended on 6 February 2019.

But Salazar, after supporting with six long points what the constitutional and legal norms say about the functions and exclusive powers of the Prosecutor’s Office to prosecute crimes, “without interference by any other state public entity,” warns the president of the obligation that the State has to comply with the guarantee of independence of functions based on norms of the American Convention on Human Rights. 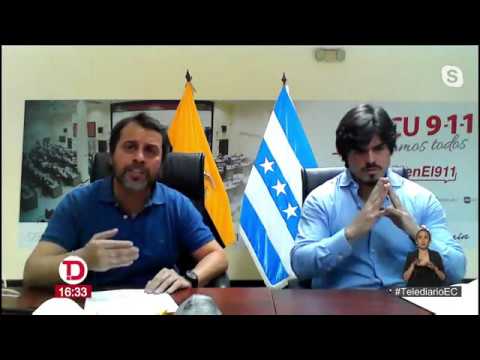 Paúl Granda (i) who resigned from the IESS Board of Directors amid mask overpricing scandals with José de la Gasca, Anticorruption government secretary.

If corruption in public purchases of the MPS and the IESS happens in the sphere of the Executive, how does the Executive intend to be judge and party? inferred in the text of the prosecutor. Even more so if that agency created by Decree does not have the powers of the Prosecutor’s Office.

“Mr. President, government actions must remain outside the powers that the Prosecutor’s Office has constitutionally, therefore, the actions that the National Anticorruption Secretariat has been carrying out, through its head, José de la Gasca, when issuing pronouncements on social networks that may put at risk the operations that the Prosecutor’s Office is managing … the aforementioned actions represent a clear and evident interference in the division of functions that governs our country, “says Salazar’s letter to Moreno.

And he explains that the secretariat created by Decree “cannot be considered a procedural subject under the terms of article 439 of the Comprehensive Criminal Code, being evident that in crimes derived from corruption where legal assets of the efficient public administration are injured, the victim -by constitutional mandate- is the State Attorney General.

But Salazar not only remains in the complaint against De la Gasca and the warning of interference by the Executive in the investigations of corruption in public purchases made by the Prosecutor’s Office, but also suggests to President Moreno to close that bureaucratic office.

“Under this analysis, it is imperative that the Executive analyze whether it is beneficial for the country to finance a public institution, whose powers are already duly determined and implemented by other institutions, such as the case of the State Attorney General, as sole holder of the criminal action ”, concludes Salazar’s letter.