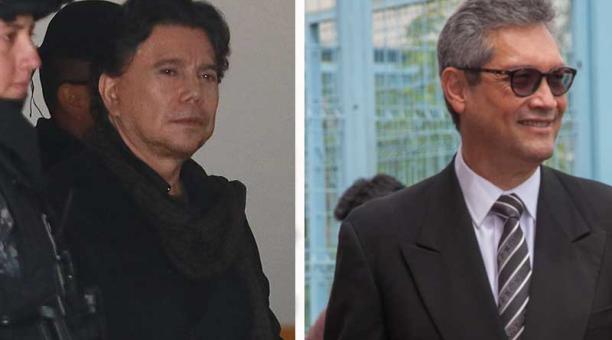 The Office of the Prosecutor requested the Albán Borja Criminal Judicial Unit of Guayaquil to revoke the hearing to file charges of alleged money laundering against Tomislav Topic, his son Jan and Ricardo Rivera, uncle of Vice President Jorge Glas. “That means that there will no longer be a hearing to formulate charges against my clients and that the investigation will continue,” said Jorge Zavala, lawyer for Tomislav and Jan Topic, on Monday morning, December 18, 2017.

According to the lawyer, last Friday (December 15) the Office of the Prosecutor sent a letter requesting the court to cancel the hearing, scheduled for Tuesday. This request was made because the Prosecutor’s Office assured in its letter that it would gather more evidence in the preliminary investigation stage, which is the reserved investigation phase. For now, the prosecution suspects that Glas uncle used companies related to Topic, shareholder of Telconet, to receive money from Odebrecht.

That money would have been used to pay a kind of “toll” that would have been requested by the Vice President. This information was made known during the trial by unlawful association for which 13 people were sentenced, among which Glas and his uncle were found guilty.

That “toll” would have been 1 and 1.3% of the value of all contracts that the construction company was awarded in the country. For the prosecutor Diana Salazar, who directs the investigation, the failure to make charges and leave the case in prior inquiry is a way to ensure that the information is not leaked. “We ask that the hearing be revoked because we will investigate better and more. We want to get to the bottom, we will not settle only with (Tomislav and Jan) Topic or uncle (Rivera), we want to follow the money route, know where it is and what was done with it, “said the Prosecutor. (I)

Banana and shrimp, go to the Brazilian market