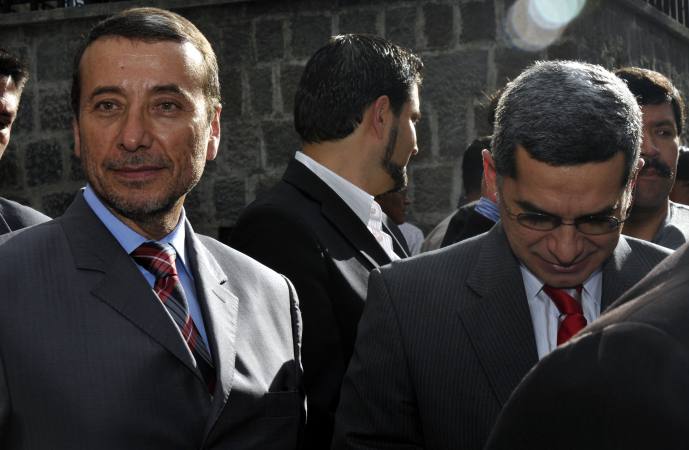 The prosecutor’s Office confirmed on Wednesday the receipt of a report from the Financial and Economic Analysis Unit (UAFE) that would contain a Report of Unusual and Unjustified Operations (ROII) “related to two former public officials with jurisdiction of the National Court”, and reported that it has been arranged that a preliminary investigation be opened to analyze the facts.

The ROII that originates the investigation of a reserved nature would apparently track the economic operations of companies and income related to the brothers Vinicio and Fernando Alvarado Espinel, between 2010 and 2017, when they occupied public positions within the government of former President Rafael Correa.

A day earlier, via Twitter, Vinicio Alvarado, who was Minister Coordinator of Production, Tourism and Secretary of Public Administration of Correa, noted that “the infamous scandal that they want to use fraudulently using turnover figures of my company in 10 years, where there is nothing irregular or outside the normal exercise of similar companies in the industry, is a perverse attempt at intimidation by the electoral political moment “.

The UAFE report would also include Fernando Alvarado, who served as Secretary of Communication and Minister of Tourism of Correa. The former secretary of the administration described the circulation of the UAFE data as an “immoral act of persecution” that would come “only for the crime of not having continued as an official in the current government.”

He explains in his personal Twitter account that the UAFE has not asked for any data so far. According to a publication of El Telegrafo newspaper, the document would establish that while both were officials, the companies related to these had irregular movements abroad (Chile, Argentina, Namibia, Ireland, United States and Singapore) for more than $ 4.5 million.

The amounts moved would increase according to the passage of time. In addition, the analysis of the UAFE, explains the note, would have detected multimillion-dollar movements in the advertising agency Creacional, related to Vinicio Alvarado, which exceeds $ 124 million, compared to expenditures that would not exceed 4% of the money that entered the company. The study of the UAFE would also cover the economic relations that would have maintained in the last ten years familiar and close to the Alvarado.

Document reached the Office of the Prosecutor

General Prosecutor Carlos Baca said this morning in an interview that until then he officially had not heard of any report from the UAFE. In the afternoon, it was reported that the UAFE document would have arrived on January 26 and it was received today in Baca’s office, because he was participating in an international event.

Baca in his interview on Radio Democracia explained that the UAFE reports tend to be like the Comptroller’s reports: a piece of evidence on which an investigation is made and not necessarily a definitive question.

“They have thrown mud trying to stain us, but we will know how to get away with the truth,” Alvarado said in his tweet, while announcing that he will use the legal way to defend himself. (I)