The State Attorney General’s Office opened a preliminary investigation against four councilors of the National Electoral Council (CNE), for the crime of alleged non-compliance with a legitimate decision of the competent authority, which was raised by the Social Justice movement . 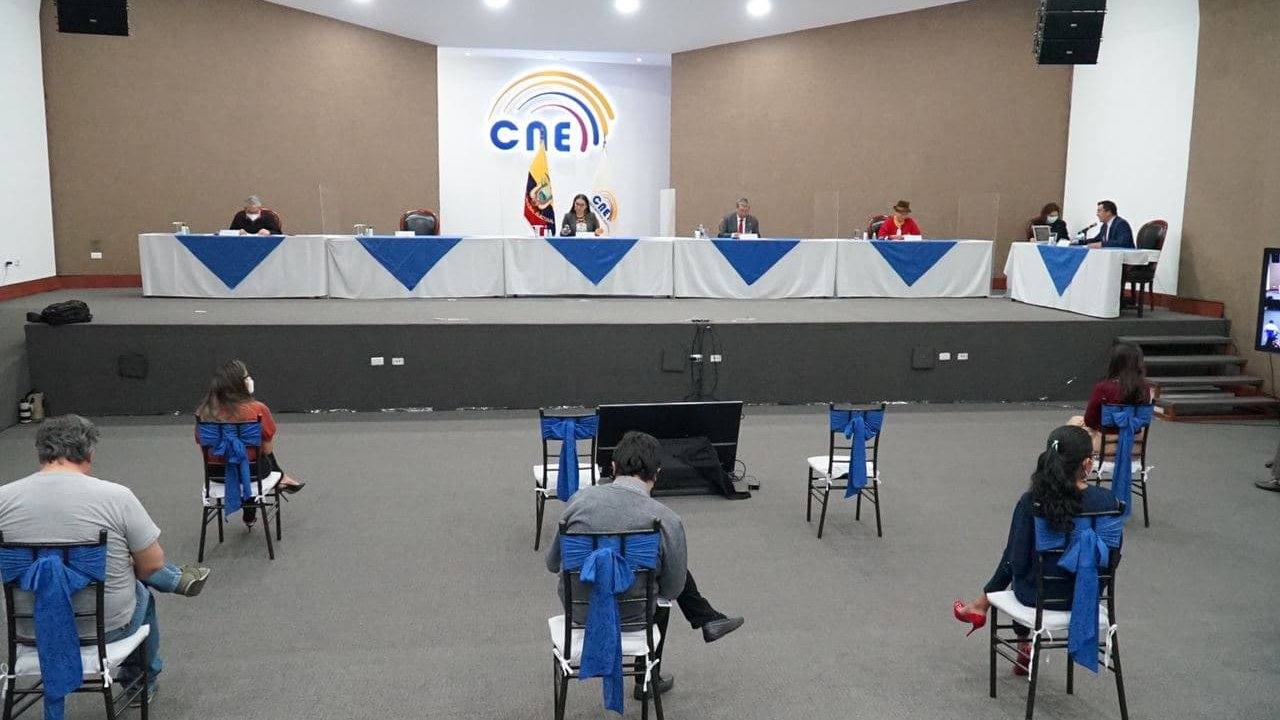 The prosecution action takes place after on December 18, the National Court of Justice (CNJ) authorized the Prosecutor’s Office to “initiate a prior investigation and practice any investigation technique provided for in the Comprehensive Organic Criminal Code ( COIP) where any person is investigated ”, including the CNE councilors and the TCE judges,“ without incurring ”the prohibition provided in the second paragraph of article 19 of the Code of Democracy, since“ no it implies the establishment of a criminal process against him ”, regarding being in an electoral process, such as the general elections of February 2021.

With this, the prosecutor Diana Salazar began the pre-procedural phase in this previous investigation, as this newspaper learned.

The complaint was raised by Jimmi Salazar, director of the Social Justice political movement, against Diana Atamaint, Enrique Pita, José Cabrera and Luis Verdesoto , because they did not adopt the comprehensive reparation measures indicated by the Contentious Electoral Tribunal (TCE) in a judgment of the October 30 and subsequent orders of execution, so that they carry out internal democracy, register candidates and qualify them.

Salazar is summoned to acknowledge his signature and render a free and sworn version this December 24 from 08:30, at the Prosecutor’s Office in Quito.

Other complaints related to this event were added to this complaint, and were presented by Sylka Sánchez, spokesperson for the political movement and the presidential candidacy of Álvaro Noboa and Gino Cornejo , the jurist J airo Lalaleo , the political activist, Fernando Balda , and the director of a provincial movement LEADER, Pablo Ricaurte .

Sánches denounced them for non-compliance with the TCE ruling; while, the last three, in order to investigate the statements of the electoral court judge, Ángel Torres , regarding an alleged meeting between various political leaders and CNE advisers to “prevent” the registration of the candidacy of Noboa and Cornejo, as Presidential binomial for Social Justice.

Along with this process, the same four members are summoned to an oral hearing on December 29 at 07:00, at the TCE, for the accusation of committing a possible serious electoral violation, also filed by the Social Justice movement , for the same fact.

They ask for the dismissal, a fine of 70 basic salaries and loss of political rights for four years.

The diligence is summoned by Judge Torres, who was not challenged to continue with the processing of the infraction, after this December 22, the plenary session of the electoral jurisdictional body resolved to reject the challenge raised by Pita, Atamaint, Cabrera and Verdesoto. (I)