Shortly before 07:00 last Wednesday, at the same time that there were raids in Quito and Guayaquil for the crime of organized crime, the Prosecutor’s Office in its Twitter account stated that in this case, in addition to the ex-president Abdalá Bucaram, one of his children, Jacobo, and three officials from the Quito Metropolitan Transit Agency (AMT), against whom an investigation was launched in May 2020 for a possible relationship with Oren Sheinman and Shy Dahan, Israelis detained in Santa Elena last June. 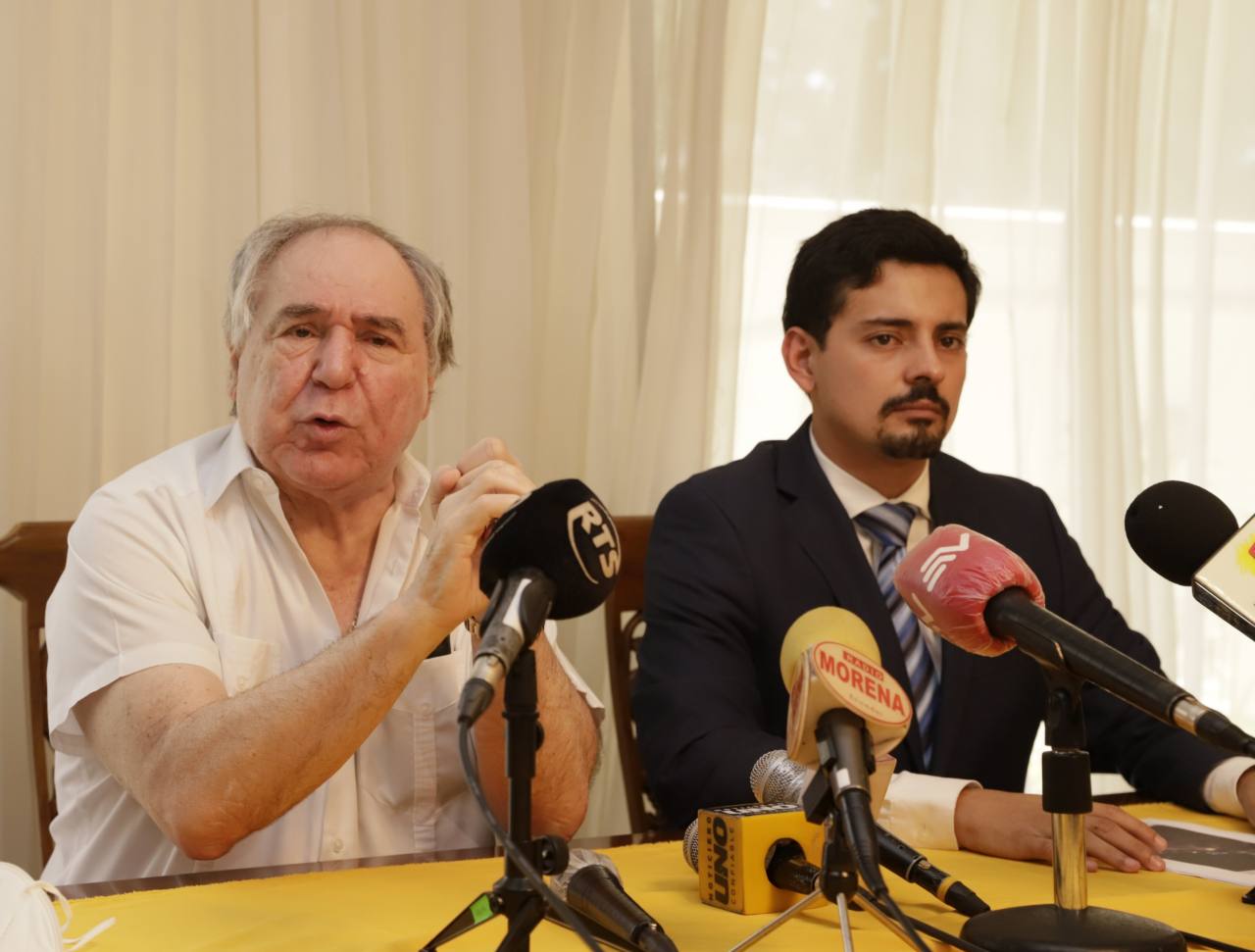 Finally, the prosecutor in the case only filed charges against Bucaram Sr., who was defined as house arrest, and the AMT agents Leandro B., Samuel S. and Cléver A., ​​who received preventive detention orders. He accused of forming a “structured group to plan criminal activities” in Quito and Guayaquil, between November 2019 and August 2020.

In the early hours of Thursday the prosecutor pointed out in her account that in this case there was a diagram of the organization based on the participation of each of the members investigated.

What the prosecutor was referring to was an organization chart set up in the initial stage of the investigation that kept Shy Dahan, a foreigner known as ‘Tom’ who was assassinated last Saturday, August 8, at the Litoral Penitentiary in Guayaquil.

Dahan was being investigated as the group’s ‘financial leader’; and, on the other hand, his partner Oren Sheinman, who according to the versions in this case was known as Tarzan, was located at the executor level.

AMT agents Leandro B., alias Berro; Samuel S., alias Rafa; and Cléver A., ​​alias Sambo, were seen by researchers as the ‘security’ of the organization. Several versions presented by the Prosecutor’s Office at the hearing indicate that the foreigners “had escorts who were traffic agents” or that the payment made by the interested parties for medical supplies included the cost of the “alleged security, since they (the foreigners) claimed that each time they went to the winery they did not go without an escort and that they were charged between $ 1000 and $ 1500 ”.

One of the “criminal activities” to which the organization was engaged, according to the Prosecutor’s Office, would have been to obtain economic benefits from the sale of tests for COVID-19 and masks. The Office of the Prosecutor investigates other crimes that could arise such as unjustified private enrichment, fraud, fraudulent use of public documents, tax evasion, even crimes against life.

The participation of other people would not be ruled out, who, depending on the elements obtained in the 90 days of tax instruction, could be linked to the case.

Jacobo Bucaram, due to the indications in various versions, was identified as the “buyer of the tests for COVID-19”; while his father, Abdalá Bucaram, was seen as the person who dedicated himself to “gathering the evidence” for COVID-19.

Alfredo Arboleda, Bucaram’s lawyer, assured that at no time in the elements of conviction would the ex-president be mentioned and the only element against him would be some voice notes that have not been expertized and of which the prosecutor in the case, he said, would have recognized in audience that downloaded them from the social network Twitter.

They investigate supplies found in the former president’s house

On June 3, in a raid on the home of former President Bucaram, as part of the actions of the Task Force of the Prosecutor’s Office in response to complaints of acts of corruption related to the sale of medical supplies to hospitals of the Ecuadorian Institute of Social Security (IESS) in Guayaquil, the Police found boxes with 5000 masks and 2000 tests for COVID-19.

The attorney general Diana Salazar said, in a press conference held that same day, that the supplies found “coincide” with the products that were delivered with a possible surcharge at an IESS hospital in Guayaquil and that for this reason the ex-president was linked to the investigations for crimes at that time such as organized crime and embezzlement. (I)