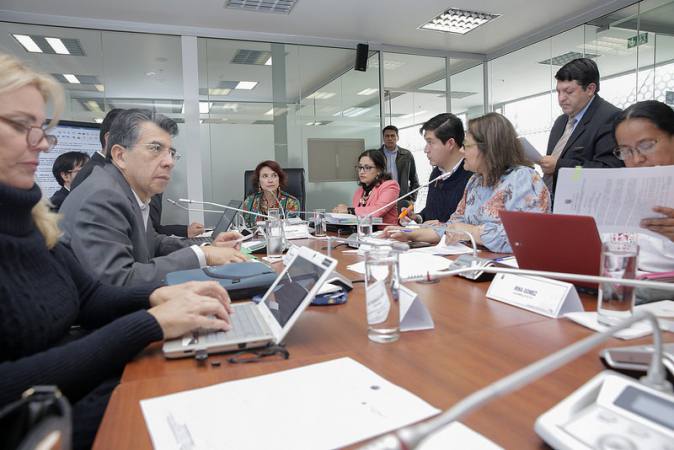 The majority of Alianza PAIS (PA) in the Commission of International Relations of the Legislature approved yesterday the report for second debate of the draft Organic Code of Agencies of Citizen Security, which includes the creation of the Public Protection Service (SPP), whose members will be civilians and may carry lethal weapons. The plenary will discuss this tomorrow.

This Service shall be directed to the protection of the President and Vice President; The qualified candidates for the Presidency and Vice-Presidency, the highest authorities of the State; “Other persons according to the function they hold,” in accordance with the provisions of this Code.

In the report for the second debate, the Commission notes that the creation of a Special Civil Protection Service is based mainly on “long-term savings and a short-term resource optimization.”

And it notes: “there are currently 1,238 security servants who protect the authorities, whose training” would be representing an unjustified cost of about $ 17.2 million to the State.”