Public servants ask for homologation of the salaries 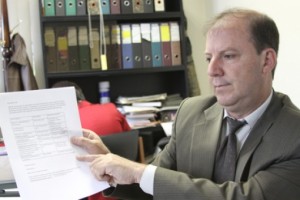 Within the framework of treatment of interpretive law, the president of the Confederation of Civil Servants of Ecuador, Remigio Hurtado, proposed that the salaries of people who work under the modality of occasional contract homologate from February to the remuneration of permanent appointment servants.

He explained that with this reduction of scale to the occasional servers, there will be a saving of $ 350 million for the state, which will allow toreview frozen salaries since 2003.

He requested the planning of a human talent audit to the ministries, because “they are violating the Public Service Law and the regulations.”

Miguel García, leader of the Federation of Public Servants, said that in 2007 there were 467,174 public employees, and empowered those hired by four years to be appointment, hiring 45 thousand people permanently.

New port and ZEDE will be located in Posorja