Publishers Association believe that sanctions seek to destabilize the media 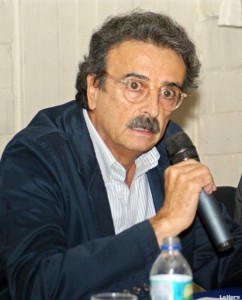 The Ecuadorian Association of Newspaper Editors (AEDEP for its Spanish acronym) considers that fines to the media do not have a preventive purpose, besides that in case of recidivism amounts to be paid are higher and endanger the stability of the press.

Diego Cornejo Menacho, executive director of the Association, says that El Universo case draws attention because the due process was respected and provisions were complied. However, he emphasizes thatthe Superintendency of Communications ruled in favor of the Ministry of Communication (Secom).

According to information from the Superintendency, the sanction – released  last weekend- was applied for the infringement of Section 24 of the Organic Communications Law, on the rectification.

The Guayaquil media did not publish in the April 19 edition the reply requested by Fernando Alvarado, National Secretary of Communication, to the note “State Debt of 1,700 million dollars affects the IESS health system.”