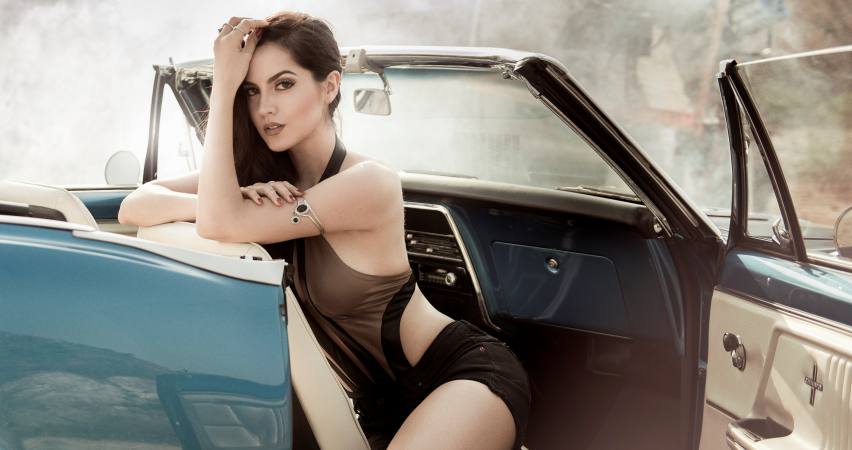 It is Ecuadorian but it is in the United States. Her musical dreams led her to broaden her horizons and this Sunday she completes one of them. In the resort of Punta Carnero, in the province of Santa Elena, the Guayaquil will be presented for the first time in national settings.

It will do so at the Fiesta del Sol, the first edition of this festive day for the beach season and the carnival. “It fills me with joy to know that in my country is betting on artists, DJs and Ecuadorian bands … that’s also believing in Ecuador,” she says, who is considered one of the first Ecuadorian singers to bet on the urban genre.

This party will take place in Punta Carnero, this Sunday, the 11th, at Casa Albatros, where you will live an experience full of music and fun. See also: Peninsula sum attractions to attract more than 130,000 visitors Sophy Mell is in the process of recording her first album that will include the songs Neither santa nor diabla, I want to see you suffer and I want to know. Of this last subject the videoclip was released on February 1.

At the party she will sing a medley of songs that are playing internationally and part of his repertoire, which will also enter his album. In the show he will perform with his dancers, with his producer Napoles, and Randy Wisky, a musician who collaborated in the development of his singles.

The artist says that her latest installment I want to know was made in Medellin at the Infinity Music production company, made up of artists such as J Balvin, Maluma, Nicky Jam, among others.

“The idea was to make a very danceable song, to relate something that always happens so that people identify themselves and that does not move away from this that women can also take the initiative and propose.” Explain. The video produced 36 Degrees, responsible for video clips like Machika, by J Balvin. She also plans a featuring with an international artist.

Tribute to Julio Jaramillo at the MAAC

On the 40th anniversary of the passing of the Nightingale of America, the Ministry of Culture and Heritage together with the Symphony Orchestra of Guayaquil present JJ Sinfónico.

In this concert the best known songs of the Ecuadorian reference will be remembered.

Festival to celebrate the carnival in Guayaquil

Around ten dance academies, with about 120 people, will present in this festival choreography with carnival themes, with different tropical rhythms such as salsa, merengue, mambo, chachachá, among others.

Guaranda lives the carnival with a great concert

The urban singer Yandel along with Los Inquietos del Vallenato, Paulina Tamayo and more national artists will be part of the free event offered by the Municipality of Guaranda to celebrate the carnival.

The Venezuelan band Caramelos de Cianuro, interpreter of Rubia sol morena luna, will perform at Montañita on the so-called Gran Fiesta, as part of the carnival agenda.