Ecuadorian and Qatari authorities reached an agreement so that tricolor fans who booked their stay in Doha from November 21 can now do so a day earlier, and at no additional cost, due to the change in the date of the opening match of the World Cup. 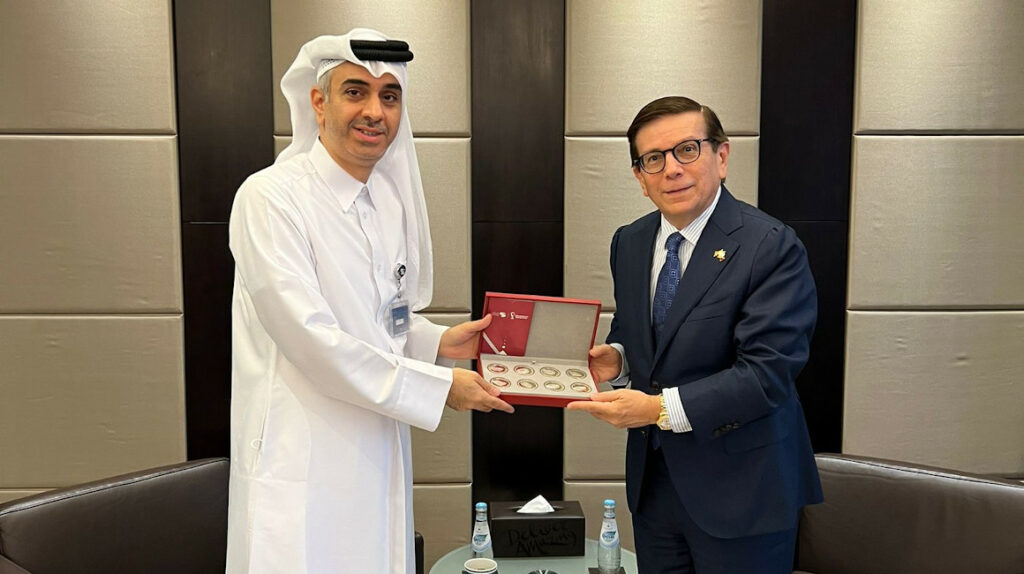 Yasir Al Jamal, Director General of the Supreme Committee for the Delivery and Legacy of the State of Qatar and Ambassador Pascual del Cioppo, in Doha on August 29, 2022.

After a meeting between the Ecuadorian ambassador to Qatar, Pascual del Cioppo, and Yasir Al Jamal, General Director of the Supreme Committee for the Delivery and Legacy of the State of Qatar (SC), it was confirmed that due to the advancement of the inaugural meeting of the World Cup 2022, Ecuadorian fans who have reserved their accommodation from November 21 will have free accommodation.

The Ecuadorian ambassador to Qatar, Pascual del Cioppo, confirmed to PRIMICIAS that the stay for Ecuadorians will not have an additional cost.

This, as long as its management has been carried out through the FIFA portal and proves its entry to the first match of the 2022 World Cup.

The change in programming (advance it from November 21 to 20) by order of FIFA generated doubts and concern in compatriots who had already scheduled their stay in Qatar.

However, fans of Ecuador will be able to experience this historic moment, as the Ecuadorian soccer team will play, for the first time in its history, an opening match.

The meeting between Qatar and Ecuador corresponds to Group A and will be played on Sunday, November 20 at 11:00 a.m. in our country, at the Al Bayt stadium with a capacity for 60,000 spectators.

Prior to the commitment, an opening ceremony is planned with an artistic and musical show, which will exhibit the culture of the host country.