At 17:40 this Sunday, October 6, 2019, the Government announced that classes will not be resumed in the Sierra tomorrow, Monday, October 7, 2019, as announced on Saturday night on a national chain.

“By virtue of guaranteeing the safety and protecting the integrity of children and adolescents, it has been arranged to keep classes suspended in the Sierra regime on Monday, October 7, 2019,” said Lenin Moreno’s government on Sunday. 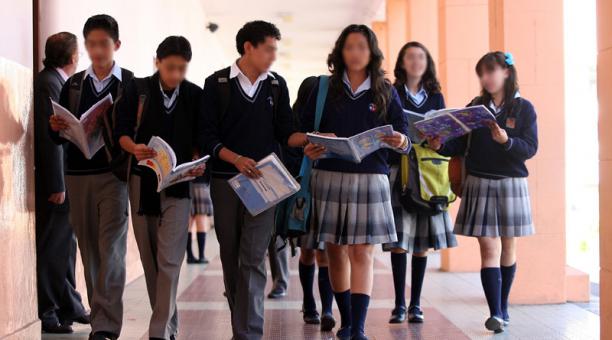 Around 4.4 million children and adolescents study in public and private schools in the country.

Of these: 1.9 million, in the Sierra regime, which began the new cycle, the first week of September, a month ago.

On Thursday 3 and Friday 4, activities will be suspended due to the stoppage of carriers. Tomorrow, the authorities of each educational institution had to inform the districts how they will recover the two lost days.

The campuses usually work on Saturdays or even perform different activities such as sports mornings, etc.

Vinicio Aldaz, of Corpeducar and on behalf of the private school associations, said they are pending the decisions of the national education authority. But he said they are ready to implement emergency plans, which each campus has.

At 15:13, the Ministry of Higher Education (Senescyt) reported in a statement that within the framework of university autonomy and the state of exception that the country lives, recommends institutions (universities, polytechnics and institutes) perform an analysis of security and mobility of each province, to resume academic activities, having as a priority to safeguard the integrity of the students.

“The educational authorities will evaluate the situations in these areas during the next 24 hours and will inform in a timely manner through official channels the resumption of educational activities,” the statement added.

Intendance controls prices in the market