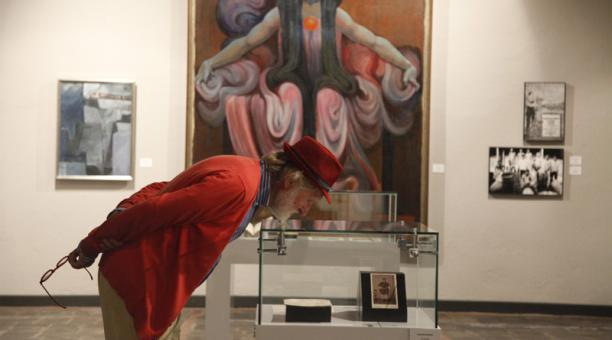 Cinema, comedy, cultural tours and, even, scenic proposals are the elements that make up the cultural agenda of this holiday in Quito.

The activities will be developed in spaces of both the urban area, as well as in the valleys and other towns surrounding the city. One of the spaces that will open these days will be the National Museum of Ecuador (MuNA), which a few days ago presented a renewed curatorial proposal, in which the different cultures of the country are shown.

These days of rest will be the ideal to go slowly through the three floors of exposure and know their proposal. For lovers of the performing arts, these days there is a varied selection of pieces in stand-up comedy, illusion, children’s and other styles.

These works will be presented in stages such as the Patio de Comedias, the Malayerba Theater, the Capitol, the San Francisco University of Quito, among others. The functions range from USD 2 to 20, depending on the chosen show.

In the artistic field, these days there are active plastic exhibitions in museums and cultural centers. For example, yesterday (May 23, 2018) the exhibition ‘Chalco Retro’ was inaugurated at the Casa de la Cultura Ecuatoriana, which brings together works from the last 50 years of maestro Jorge Chalco.

The Humboldt Association presents the exhibition ‘invisible choreographies’, with pieces worked by the artist Pablo Rosero. And the cinema is not far behind. Both Cuyo Urban Park and Ulises Estrella National Cinematheque there are Italian and Palestinian film proposals for the moviegoer audience that wants to approach audiovisual narratives that escape the Hollywood format.

As for music, this holiday is the order of the day tributes and singer-songwriter shows. A sample is what Karina Clavijo and Las Damajuanas will present, who will offer a concert on Saturday 26, at the Café Democrático.

Also, the craft brewery Sirka, in the San Marcos neighborhood, will be the setting for groups such as Edria Barbieri (May 23) and Zolu Kings Brass Band (May 24). (I)