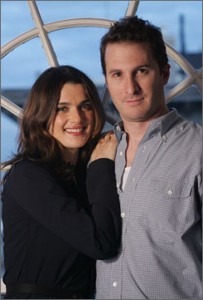 English actress Rachel Weisz—known for her role in The Mummy—and her partner Darren Aronofsky—a movie director from New York— ended their 9-year relationship.

Weiz, 40, and Aronofsky, 41, never got married but they have a 4-year old son (Henry). The couple expects to get a joint custody on the child.

According to both celebrities’ agents, Weisz and Aronofsky were already over, they had broken up months ago; however, they just made their separation official.

According to TMZ web page, Weisz had an affaire with the actor Daniel Craig (James Bond), who is her co-star in Dream House, a film starring Naomi Watts that will be released next year.

Emma Watson and Rupert Grint are ready for new challenges