QUITO – “I will not allow the organization of paramilitary groups in Ecuador” said President Rafael Correa in regards to the incidents of last Thursday in Ecuador. 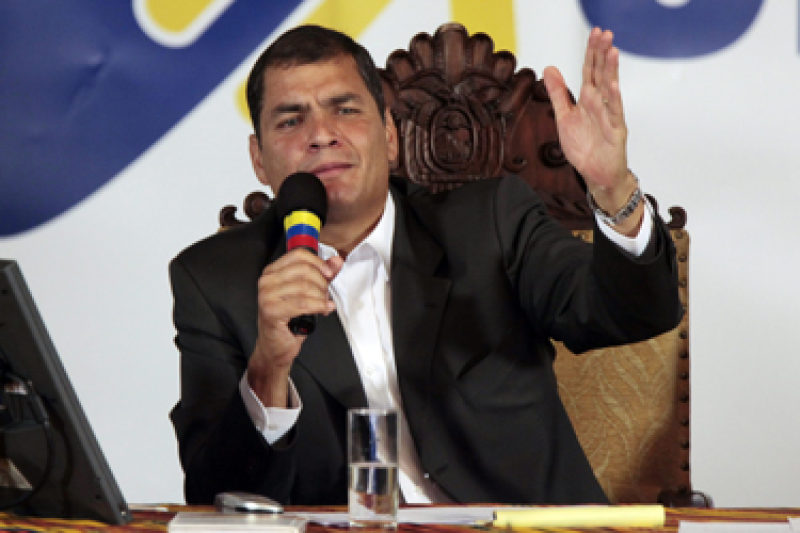 “There’s a group of people in the police that have no boundaries and are very unscrupulous, and that is a very serious threat to National Security” said Ecuadorian President Rafael Correa early on Wednesday to International Press.

Rafael Correa added he believes the police in Ecuador has very “clear political connections”, and that it is possible that organizations of “extreme right-wing parties” on the United States may be supporting groups that oppose to his government.

However, Correa affirms that he believes the government of Barack Obama “had nothing to do with the rebellion” last Thursday. These remarks differ from what Venezuelan and Bolivian Presidents affirmed last week, where they said the government of the United States played part on the incident.

“It is clear that Sociedad Patriótica (a Political Party that Opposes the government) and the Gutiérrez [family] is behind all of this”, affirmed the President. Fidel Araujo, a collaborator of former Ecuadorian President Lucio Gutiérrez, who belongs to the opossition of Rafael Correa’s government, has also been arrested.