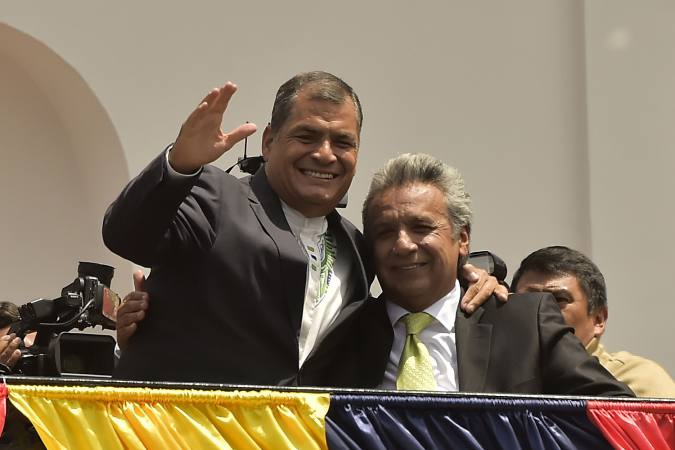 Former President Rafael Correa in his appearance in the Palabra Suelta program, broadcast on Wednesday night, decided to differentiate himself from the government of Lenin Moreno due to the last decisions that he has made such as leasing the headquarters of the Conaie for 100 years, and granting the CNEL (National Electricity Corporation) to the Bucaram family, “the second public company that generates more revenues.”

Correa insisted that Moreno’s actions “hurt him deeply” and fill him with “pain” since he explicitly reiterated the discourse of “differentiating” from the administration of his predecessor. “Have you heard Lenin say I was vice president of the previous administration for six years and we never tolerated a corruption case? No. It’s as if it’s not his problem. Those are things that hurt deeply. Lenin has another way of thinking and acting and I think they are ill-advising him.” (I)