Rafael Correa must testify for the 30S case – August 2019

The murder case of Froilán Jiménez, commander of the Intervention and Rescue Group (GIR), has been reactivated. At least 30 people have been summoned to give a version for his death, which occurred on September 30, 2010 during the evacuation of former President Rafael Correa, who was hiding at the Police Hospital, in the middle of the police revolt.

Correa tops the summoned list for September 4, 2019, at 09:00. His lawyer, Fausto Jarrín, points out that in this case the same procedure that was required in Bribes 2012-2016 will be requested for his client to render his version: that the notification be made through diplomatic channels and the Ministry of Foreign Affairs and Prosecutor’s Office from Belgium. Jarrín has not received notification, but he thinks it is because it was sent directly to the ex-president. 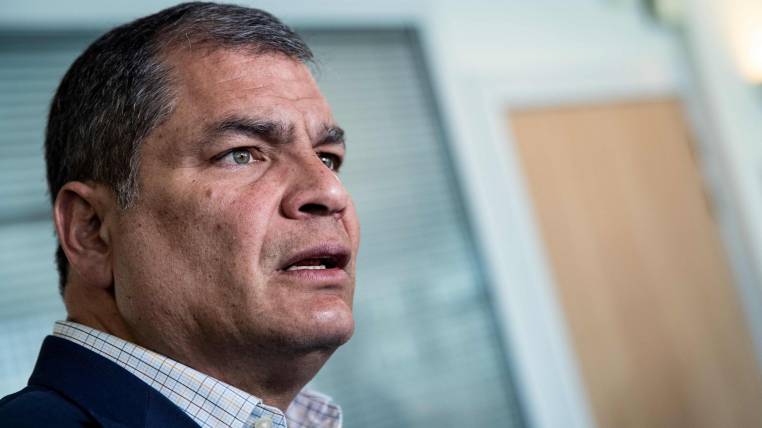 In this case, two military officers suspected of extrajudicial execution were also investigated. Last March, during the preparatory trial hearing against the two uniformed judges, Judge Ximena Rodríguez declared the annulment of the process due to the alleged irregularities committed in the investigation by the former Fabian Salazar.

In addition to Correa’s, the versions of former Defense Minister Javier Ponce, former Government Minister Gustavo Jalkh, and former Foreign Minister Ricardo Patiño will be received; also of a former commander of the Police and military ex-authorities, as well as of the Assembly and close to the ex-president. Likewise, the testimonies of Colonels Rolando Tapia and César Carrión will be received, who does not know why he has been summoned.

39826 visas were given to Asians and Africans to enter Ecuador