On Tuesday at the Cemento Chimborazo neighborhood, north of Riobamba, President Rafael Correa launched the Integrated Safety Service ECU-911 and toured its facilities.

69 people work at the facility, which already began its coverage on the ten cantons of the Chimborazo province.

During his speech, the president said that they are approaching “the goal of national coverage.” Until next month, the goal is to have 16 ECU-911 centers in operation nationally. According to government data, the ECU-911 service has coverage in 96% of the country.

After inaugurating the facility, Correa went to Juan Montalvo and Esmeralda streets, where he had lunch with members of the Confederation of Indigenous Movements, of the Teachers Network of Educational Revolution and of the Association of Producers and Distributors of Wheat. 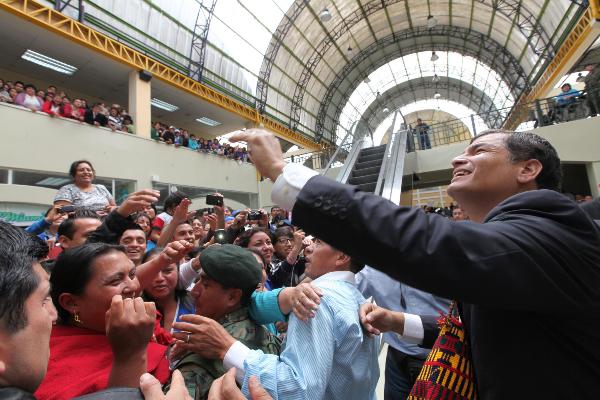