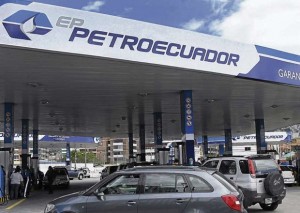 “I have given orders to think how to sell the gas stations and franchises of the Petroecuador company.” This provision, that was announced yesterday by President Rafael Correa, during his weekly address, marks a break in the fuel trading policy, since now the official proposal is to increase the private participation.

According to its annual report, in 2014 Petroecuador had 48 self service stations, 12 reservoirs for small-scale fishing and 207 affiliated gas stations under the franchise system.

Correa even stated that the state company would incur in an “unfair competition” by being provided of subsidized fuel to sell cheaper gas than its competitors. He made this comments with regard to the increase of two cents in premium gasoline.

He called the franchises as “a passing fad” of a state company that “is not able to put a price on fuels” and that it was time “to act more like a company and not as a ministry, not as a law.”