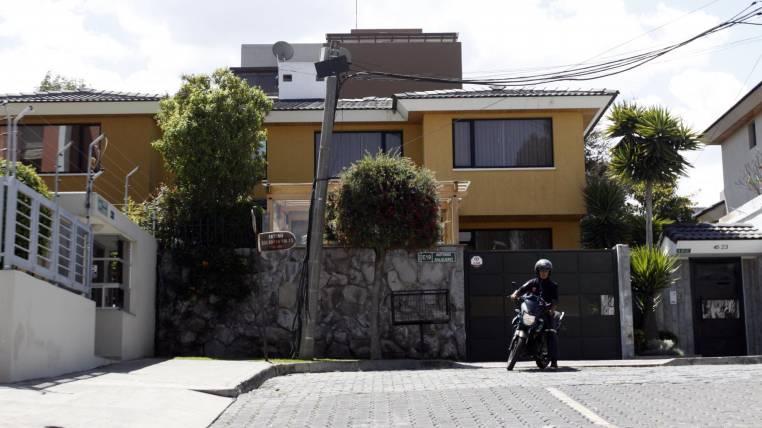 An underregistration that allowed to reduce the payment of taxes. On November 21, 2005, former President Rafael Correa signed the public deed with the contract for the sale of his house, located in the exclusive sector of Monteserrín, in the north of Quito. According to that document, he would have bought that house for $ 2,730. This is stated in several documents that were made public yesterday.

According to the Municipality of Quito, when the transfer of ownership of a property is configured, taxes must be paid to the alcabala, utility and / or the speculative value of the land and a special contribution of improvements based on the amount recorded in the record trading. It is a responsibility of the sellers of the property.

Former assemblyman and lawyer Enrique Herreria explains that, at that time, Correa would have contributed to the commission of a crime: tax fraud. By putting his signature on the contract of sale, he contributed to the ex-owners paying a lower value. Now, that crime or any responsibility is already prescribed, clarifies the lawyer and university professor Santiago Guarderas, in dialogue with EXPRESO.

In the years after the purchase, the former president complied with the payment of the property taxes taking as reference the municipal valuation. Thus, for example, in 2008 the Municipality established an appraisal of 64,714, 26 dollars. The tax amounted to $ 67.89. By 2018, the exmandatario’s house is already valued at $ 422,659.90. This year, the property tax was $ 314.28, plus $ 106.25 for special contributions for improvements. The data is included in the consultation system of the capital city council.

According to Guarderas, there is an explanation: the regulations that were issued after 2005, including the Cootad or the Capital Gains Law, established the obligation of the municipalities to ‘update’ the cadastral appraisals every two years. The intention is to bring those amounts closer to commercial value.

For both, the problem in this case is ethical. They recognize that registration for a lower amount was a common practice in the country, although it does not stop being illegal and an affectation to the municipal income.

Herreria believes that if Correa in 2005 already had the aspiration to become president, he had to be very careful with respect to the legal norm, ethics and public morals. “What the deed of sale is revealing is the double discourse it uses: it imposed a law on us to tax all Ecuadorians on the properties of our property in the event of a sale (…) but when he buys a property sets a low price with the intention of evading taxes.

He collaborated so that whoever sold him the property evades taxes. He would become an accomplice, “he said. “How can a person who used these mechanisms that are outside of ethics propose a law to punish speculation when he used these mechanisms?”, Complimented Guarderas. (I)