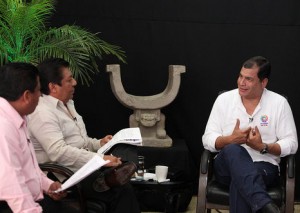 President Rafael Correa insisted that will use the judicial system to ventilate conflicts or defend himself s from those who offend his honour. This is said with regard to the case of the legislator of Pachakutik, Cléver Jiménez, sentenced to 18 months in prison for insulting him.

Jimenez is refugee somewhere in the jungle, according to their coidearios. This week he sent trades Assembly to excuse themselves by their absence, although the pro-Government bloc says that he is not legislative.

In a statement, he warned that will denounce before international justice to the AP Caucus if they strip him of the office of Assemblyman.