With more questions than certainties. Thus, today, June 11, 2020, the parties and movements arrive at the installation of the first National Consultative Council of Political Organizations , facing the elections of 2021. 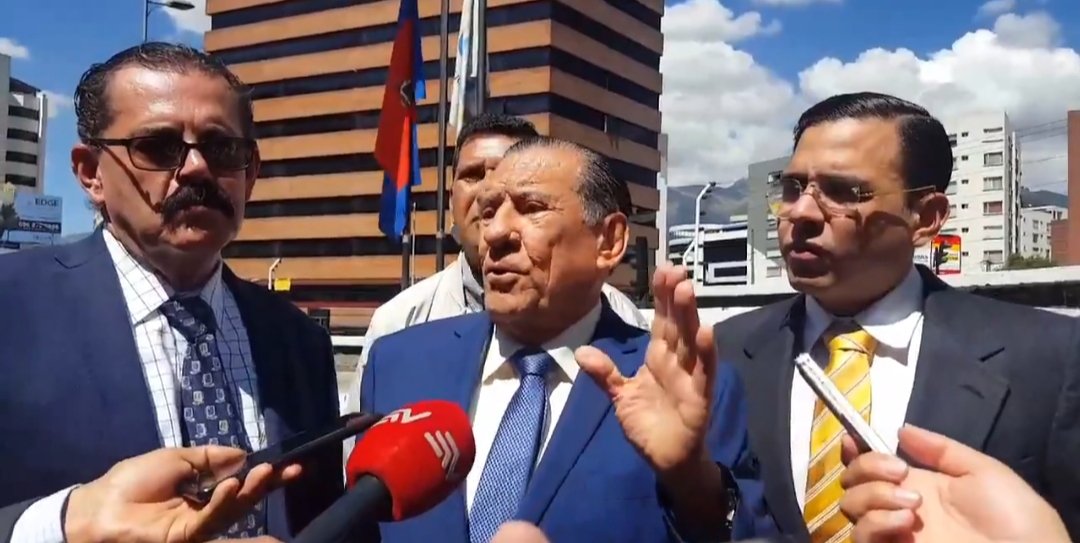 Rating of political parties and movements, on hold. (Wilson Sánchez, in photo).

That space, which will be developed electronically, will serve to clear the doubts of the political shops enabled, when only eight months remain for the elections.

One of the points that will be addressed in this instance is to analyze the form of suffrage . There are two proposals: telematic or face-to-face voting , but segmented over several days.

It is also planned to discuss the approaches to structure the regulations of political organizations to form electoral alliances . Likewise, the rules of the primary elections in which candidates will be designated will be debated.

The president of the National Electoral Council (CNE), Diana Atamaint, recognized yesterday, June 10, that there are various concerns that go beyond the items that will be officially dealt with on the agenda of the Advisory Council.

For example, it accepted that the signature review process for new organizations seeking legal status is still suspended. He stated that the pandemic made it impossible for CNE officials to review the rubrics, since this process must be carried out in person and not telematically.

“Even in Quito we have not returned to carry out the work in person, so we are unable to verify these signatures,” he said.

For now, no official ruling regarding the request for extension of the period of registration for the 13 organizations that are at that stage.

According to the electoral calendar approved by the CNE, on June 19 the registration of parties and movements that will be able to participate in the elections of February 7, 2021 will be closed .

The 13 organizations in the process of qualification presented, together, a million signatures for their review. However, 31,040 have hardly been approved.

The Democratic Crystalline Mobilization Movement (Mocrid) needs 192,250
rubrics. However, only 1,000 have been presented, explained the electoral body.

Marcel Jimenez, president of the group, acknowledged that they made it impossible to continue the collection of signatures since last March. He is confident that the deadline to complete the process will be extended .

In addition, the Advisory Council will be installed in the midst of the 13 movement cancellation process . Some of them are Adelante Ecuatoriano Adelante , by Álvaro Noboa ; META by Alfonso Harb; Movement Health and Work, whose leader is Luis Serrano; and, the Movimiento Vive, of the province of Pichincha.

Harb recalled that in December 2019 there was already a ruling by the Electoral Contentious Court (TCE) that restored the legal life of 47 parties and movements that had been eliminated by the CNE.

Atamaint noted that those organizations were given the right of defense before the cancellation. “Three organizations made a request for clarification, it is part of the process,” he said. Last night, the CNE Plenary had planned to resolve the issue.

The META leader rejected the cancellation process, protected by the resolution that gave Ruptura a legal life , a movement in which some government ministers are active. Harb cites that precedent, saying that the organization was eliminated for having participated in only one of two elections. He argued that there is no regulation to eliminate a movement for not participating in an electoral process.

Carlos Granda, Quito councilor and member of Vive , stated that they are preparing the tests to refute the cancellation process. The mayor believes that the correct calculation was not made on the percentage of valid votes they achieved in the last electoral process.

The President of the CNE recalled that the movements have the right to file claims and file appeals before the TCE. Regarding the possibility of modifying the calendar deadlines, he said that “the dates must be met” because this is established in the Democracy Code .

Yesterday, June 10, the head of the CNE rejected the accusations of an alleged “payment of favors” for the benefit of Assemblyman Daniel Mendoza , for the registration of the Amigo movement. The legislator, from the ranks of the Better movement , is also singled out for alleged links with the Amigo group.

Atamaint assured that Mendoza does not belong to that movement and rejected that he had registered with that store in exchange for support to “save” it from the request for impeachment against him, which was finally shelved in the Assembly.

Between August 9 and 23, the primary elections will be held to nominate the candidates. In addition, on August 18 it is planned to approve the official closure of the electoral roll for the elections.

On Thursday the 17th of this month the official call for elections will be held. From Friday 18, the registration of candidacies will begin in the provincial delegations of the Electoral Council.

According to the calendar approved by the CNE, on December 31 the electoral campaign will officially begin. For now, the budget to be allocated to these activities is not defined.