Raúl Carrión is sentenced to three months of prison 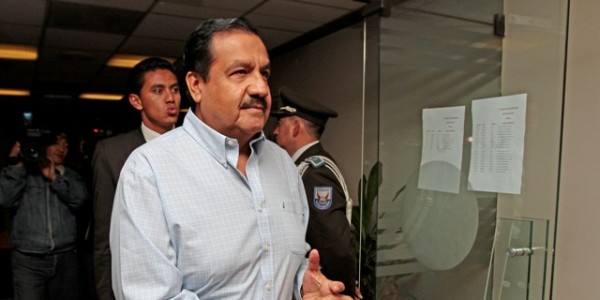 Raúl Carrión , former Minister of Sports, was sentenced yesterday to three months in prison for the crime of attenuated embezzlement, based on the subdivision of public service contracts for the construction of the sports complexes of Carpuela, Tito Navarrete and Sucúa.

Carrión is the first official of the current Government that is sentenced.

The Criminal Chamber of the National Court of Justice (CNJ ), presided by Judge Vicente Robalino, also sentenced Patricio Sánchez to three months in prison. Fernando Moreno, former Counselor of Carrión, who tried to eat three checks that incriminated him when he was arrested in May 2009, received a 1-year sentence.

The perpetrators were also punished with a fine of $ 190 dollars and the citizenship rights suspension by the time of the conviction.

President Rafael Correa acknowledged yesterday this was a case of corruption in his administration and in a discussion with media pronouncements from Guayaquil he said : “We apologize to the people of Ecuador.”