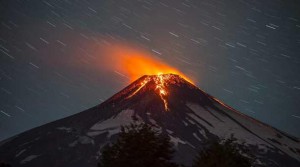 Chilean authorities decided today to keep the red alert within ten kilometers around the Villarrica volcano, which erupted forcing the evacuation of around 4000 people from nearby towns yesterday in the early morning, official sources said.

The measure states the evacuation of the inhabitants of this area, whose entry is prohibited; while in other towns near the volcano, in the region of La Araucanía, the yellow alert still governs. In addition, 45 families of the Cerduo Alto and Cerduo Bajo areas continue isolated.

Meanwhile, in Coñaripe, in the region of Los Ríos, most evacuees have already managed to return home and only seventeen adults and four children remain housed in that locality.